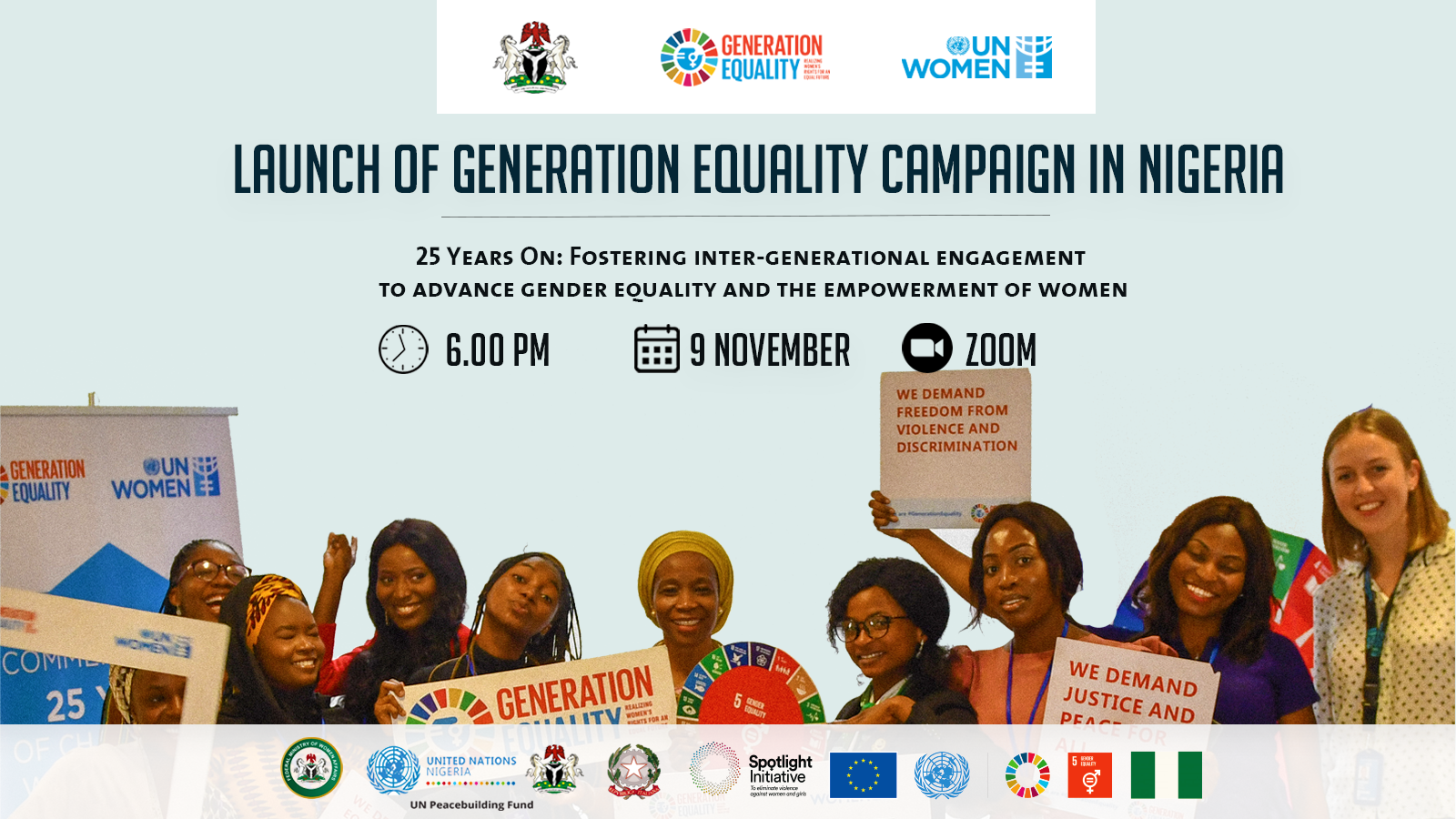 UN Women Nigeria the United Nations Entity for Gender Equality and the Empowerment of Women working to ensure that every woman and girl can exercise her human rights and live up to her full potential in collaboration with the Federal Ministry of Women Affairs will be launching the global Generation Equality campaign in Nigeria. This is being done to raise awareness about the Agenda of the Beijing Platform for Action and foster inter-generational exchange and dialogue to empower a new generation of women’s rights activists.

The Generation Equality campaign demands equal pay, equal sharing of unpaid care and domestic work, an end to sexual harassment and all forms of violence against women and girls, health-care services that respond to their needs, and their equal participation in political life and decision-making in all areas of life.

The Generation Equality official music track, music video and one advocacy video will be launched during the event.

Expected dignitaries include the Honourable Minister of Women Affairs, Dame Pauline Tallen; the British High Commissioner to Nigeria, HE Catriona Lang; the Australian Ambassador to Nigeria, HE Claire Ireland; the UN Resident Coordinator, Mr. Edward Kallon; the UN Women Representative to Nigeria and ECOWAS; and a host of others.

In today’s world, both women and men—and girls and boys—all over the world are speaking up for themselves and for those who have been silenced, stigmatized, and shamed for far too long. Many are from a new generation. They are seizing the moment to reimagine economies, societies, and political systems so that they uphold human rights and achieve gender equality, leaving no one behind.

Through this lauching UN Women will be bringing together the next generations of women’s rights activists with the gender equality advocates and visionaries who were instrumental in creating the Beijing Platform for Action more than two decades ago. Collectively, these change makers of all ages and genders can tackle the unfinished business of empowering women through a new, groundbreaking, multigenerational campaign: “Generation Equality: Realizing women’s rights for an equal future”.