#EndSARS and Nigeria’s Hunger for leadership by Hamzat Lawal 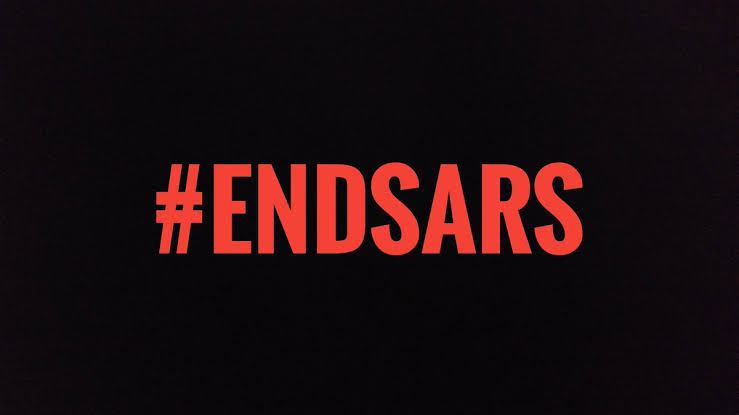 I have never experienced a near-national annihilation, as we did after the #EndSARS protest turned bloody a fortnight ago. I have heard about the Civil War, but I was not born then. I also heard about the 1993 post-election crisis, I was a toddler at the time. So in terms of living through a nationwide free-for-all, the chaos that Nigeria was plunged into in the past weeks, was  my baptism of fire. It was scary! Nigeria escaped Armageddon by a whisker.

It is apparent that everything rises and falls on leadership. All that happened could have been avoided. If the government had responded to the cries of the masses when they first demanded an end to the rogue police unit, the Special Anti-Robbery Squad (SARS), young people would not have strolled into those dark streets. If the powers-that-be had not tried to subvert the peaceful protest, we would not have been engulfed in flames. If President Muhammadu Buhari had addressed the nation early on when the protest just began, the tension would have been doused. There are many if’s.

The best definition of leadership that I have come across is the one that defines it as a process of social influence, which maximizes the efforts of others, towards the achievement of a goal. Our dear country needs people in power who can maximize our collective resources, and galvanize our enormous energies into national transformation.

Leadership is indeed an enormous challenge in Nigeria. Having competent, effective and purposeful leadership that is capable of turning the country’s huge potentials into real economic and political power has been elusive for six decades – since Nigeria’s independence.

Now is the time to rethink our processes, policies and implementation. Now is the time to  get it right. Young Nigerians had had enough of the impunity as a result of government’s sloppiness, they saw the moment, seized it and were ready to take the reins. This awakened generation would settle for no less so they marched against the obvious impunity with immediate effect- end police brutality, #EndSARS. The slogan became a symbol for change. A new kind of revolution came alive. Even now, the fire has not died, the flame cannot be quenched. In fact, the lives lost during the protest are only a testament to the national resurrection that is presently on course.

People did not see it coming; but the signs were visible. A revolution had begun on social media. The young citizens mostly in urban areas, preoccupied with their cellphones; a patient tweeting updates from a healthcare clinic in Enugu; an entrepreneur  in Asaba chatting with his online friends in Kano. Young Executives taking notes on iPad. The global community can now connect right at their fingertips. It was nothing but a revolution.

Therefore, when the #EndSARS movement emerged, it found a fertile ground. It also opened the floodgates to other societal demands. In the face of injustice, there came a prime hunger for true leadership.

In my view, the movement was spontaneous because young people suddenly found a united voice. There was a sudden realization that our country was faced with deep-rooted political and governance problem beyond tribalism and discrimination. We realized that nothing could stop us now except ourselves, which was why the protest metamorphosed as the days dawned.

To worsen the situation, the President did not rise to the occasion- he basically abandoned his role as the Chief Security Officer of the nation and allowed citizens to be mowed at the front line. His tone-deaf speech without any emotion or empathy, was at best, disappointing.

The magic of the moment is that we are all awake. Every citizen has now become an activist. This should scare the government the more, however, compatriots and those who have the best interest of the nation at heart, should be happy about this. For, certainly, we have learnt that religion and ethnicity cannot divide us. They were only tools in the hands of crafty political merchants who seek ways of milking every fault line to feather their nest. Now that we are determined to move forward, our diversity shall unite us, and give us that sense of national pride.

The #EndSARS on the surface is about ending police brutality, on a deeper level, it is about ending every form of bad governance and human rights violation.. It is about political emancipation which will give our youths the certificate to compete with other young nationals from other parts of the world.

It is quite unfortunate that there were young people who benefitted from the crisis. Some of them were paid to stir up the fragile ecosystem and cause disharmony among protesters in a converging fulcrum of revival. Especially with the fake news merchants, these untoward elements were used to perpetuate the ugly phenomenon of state capture.

Nevertheless, we must recognize that their flanks remain a feeble force. They cannot stop the moving train already on track and gaining momentum. This is why we must recognize the personalities, influencers and opinion leaders who helped to hold the sail as the youths marched on. History will be kind to the heroes who were at the front line holding the fort. They will have their name emblazoned in gold, when the New Nigeria finally emerges.

In addition, a special group that came to being in the midst of #EndSARS movement is worthy of mention. The feminist coalition championing the cause of women in Nigeria. Interestingly, @feminist_co is already setting the agenda for the transparent governance we all aspire to see in the New Nigeria. For instance, their budgets, expenditure and fund-raising are open for all to see in their website as they move in seamless coordination and deft professionalism. Commendable are also the legal and medical team who were on standby to demand bail of illegal arrests of protesters and treat injured persons on the field.

This is the revolution: Political solution through the ballots. It is young people being voted into elective positions. It is about having them ascend into political offices across the board, not just at the national level, but in the wards, the local governments, and the states. It is about a chain of leadership at the legislature, the executive and the judiciary. It is about the youth, the women and the citizens with disabilities. It is about advocating the equal right of everyone.

Africa is waiting for Nigeria. There are important issues we collectively face as a developing world, such as the thousands of lives of youths lost at sea when trying to leave the continent for greener pastures; youth unemployment; gross mismanagement of government institutions and resources; and frustrations of young Africans because of paucity of opportunities even for qualified graduates and artisans.

This is why #EndSARS turned the tide. While addressing the issue of police brutality, the young Nigerian was awakened to other everyday political and socio-economic realities they had been tolerant of.

With 70% of Africa’s population under the age of 30, we young people have been presented with a great opportunity and a great challenge. According to the African Development Bank, by 2050 Africa will be home to 38 of the 40 youngest countries in the world, with median populations under 25 years of age. This will result in an estimated 10-12 million new people joining the labour force each year. This statistic indicates that the youth must take leadership positions in the continent.

Nigeria is the centre of attraction, and the African youth is waiting for us to set the political agenda. We already set the socio-cultural agenda through our music, films, fashion, and activism – as represented by CODE’s Follow The Money initiative. The region now awaits our political compass to chart a new agenda for the teeming African youth population. We cannot afford to fail them now.

Nigerian Women Demand for Accountability, Protection for Female Politicians come 2023 and beyond