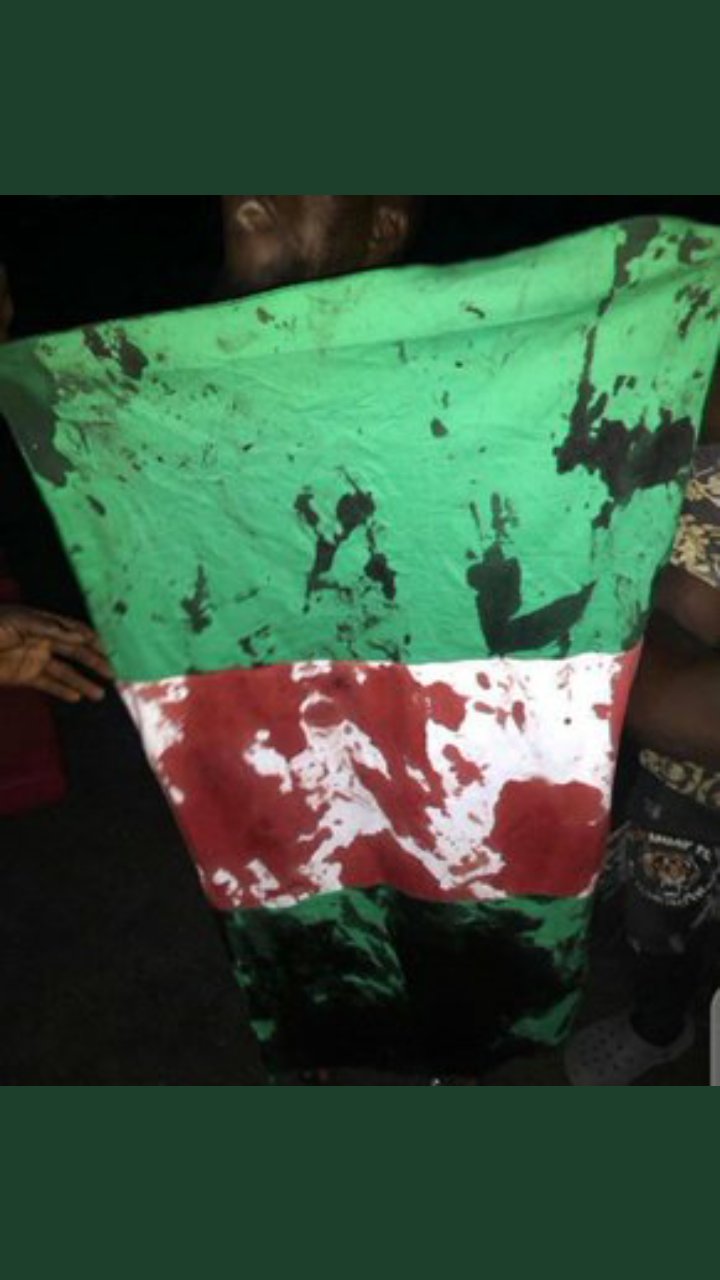 Nigeria Mourns, a civil coalition has condemned the ambush, shooting and physical attacks and killings of unarmed peaceful protesters at the Lekki Toll Plaza on the night of Tuesday, 20 October, 2020 and in other parts of Nigeria, thereby calling for speedy Justice for all the victims of this horrific attack.

According to the group, “The #EndSars #EndPoliceBrutality campaigns began in response to well documented traditions of predatory, unlawful and lethal methods consistently deployed by the Nigeria Police Force against citizens.”

“The call for an end to police brutality gained momentum across the country as evidence of patterns of gross and massive human rights violations by the police on citizens grew on many platforms, including social media.

The group said the peaceful protests that raised worldwide awareness to the brutality of the Nigeria Police Force were, unfortunately, met with more violence by the Nigerian government and security forces against unarmed peaceful protesters.

“The protests were for the most part peaceful. Protesters resisted the repeated efforts by attackers to goad them into non-peaceful methods. Attacks on protesters occurred around the premises of major institutions of the Nigerian government, including the Nigeria Police Force Headquarters; the Three Arms Zone in Abuja, and the Lagos State Government Secretariat, Alausa, amongst others.

In a statement released yesterday, stated that there have been video clips of these attacks captured security forces standing aloof while thugs harassed and assaulted protesters or caused willful damage to people to whom they owed legal duties of protection.

“By later afternoon on Tuesday, 20 October, 2020, Nigeria Mourns had verified at least 18 civilians killed in these attacks across Lagos, Oyo, Kano, Ondo, Edo, Osun, Ekiti states, and the FCT. This was before the escalation that occurred on the evening of 20 October, when heavily armed and uniformed assets of the Nigerian Army opened fire on peaceful protesters singing the National Anthem around the Lekki Toll Plaza in Lagos.”

“The Nigerian Army and Lagos State Government have both denied complicity in the Lekki Massacre. In an appearance on Channels Television on 21 October, the Governor of Lagos State, Babajide Sanwo-Olu, initially claimed that there were no fatalities from the events in Lekki Toll plaza”.

Nigeria Mourns is currently working with various sources among first responders, witnesses and digital sources to verify the numbers and patterns of casualties from the massacre in Lekki, Lagos. Initial reports suggest that up to 50 people may have been killed. Many others were also injured. Reports as that the time of the release of this statement also allege that the attack on these unarmed civilians persist in various areas of Lagos state, including the Lekki Toll Plaza.

In these circumstances, it is pertinent that President Muhammadu Buhari, as the Commander-in-Chief of the Armed Forces of Nigeria, ceases his silence and rise to his responsibility to secure the lives and property of Nigerians; to promote and protect the dignity and human rights of every Nigerian; to ensure accountability for these crimes against humanity by the Nigerian security forces; and to ensure justice for every victim.

The statement also revealed that while the group make these demands, they also stand in solidarity to re-echo the demands of the Nigerian citizenry through the #EndSARS protests. Thus, Nigeria Mourns charges the government to:

“Finally, we reiterate that “Real patriotism is a willingness to challenge the government when it is wrong.” The struggles of Nigeria’s progress is a story of patriotism. The labour of our heroes past, and the oneness collectively displayed by Nigerians in the past few weeks to demand a better Nigeria must not be in vain!” , the statement said.