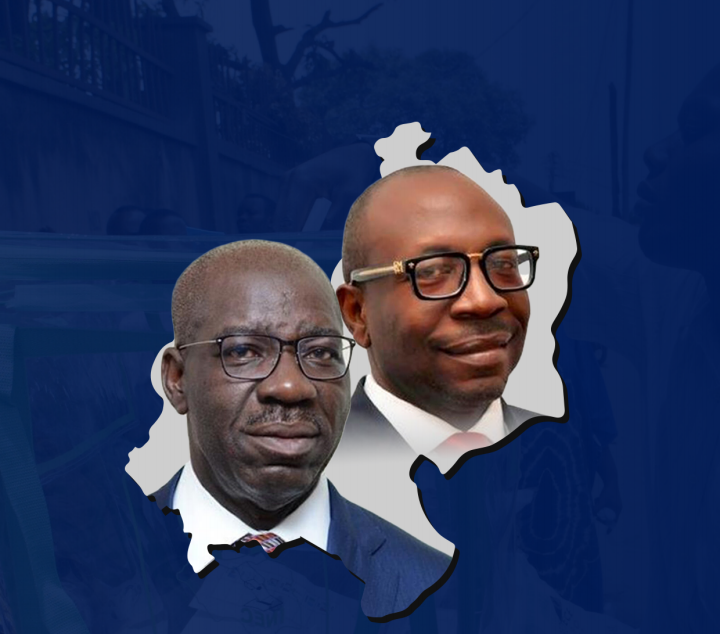 A foremost pro-democracy think tank, the Centre for Democracy and Development (CDD) has rated the conduct and outcome of the September 19, 2020, governorship election in Edo State as relatively credible, despite the challenges and infractions, which dogged the process. CDD which deployed 250 stationary and roving observers to keep a close eye on key processes in the election, handed down its verdict in a final observation briefing held today at the Transcorp Hilton, Abuja.

The Centre noted that the election was relatively peaceful when compared to other polls recently conducted by the Independent National Electoral Commission (INEC). CDD commended a vast array of stakeholders involved in the process, which is praised for working tirelessly to ensure the tense atmosphere in the build-up to the election did not result in violence on a scale, as envisaged.

They said: “It (the peaceful conduct) points the way away from the “degeneration” that has historically been the country’s sad experience with electoral outcomes, and towards outcomes that significantly reflect the mandate of the electorate.

“In this respect, the election potentially augurs well for the future of democracy and development in the country, particularly in view of the determination shown by the electorate to protect their mandate and ensure that it counted in the critical penultimate months to the election day. In addition to the electorate, the credible outcome of the election was due to the activities of various strategic stakeholders, particularly the Independent National Electoral Commission, and to the pace-keeping efforts, the Oba of Benin and the Abdulsalam Abubakar led National Peace Committee, who worked and intervened firmly, under a very dire pre-election context that portended violent election conflicts. Their intervention helped to turn electoral “swords” into “plowshares.”

However, the CDD warned that there remain certain anomalies in the process, which if left unaddressed could turn the current euphoria into a mirage that would evaporate, precipitating a reversal to the status quo ante of the country’s experience of seriously flawed electoral outcomes. The group pointed at the decline in voter turnout as a trend, which would not augur well for the robust participation of the electorate, including marginalized groups. Backing its assertions with figures, CDD noted that in 2003, voter turnout stood at 78 percent of 1,432,891registered voters. In 2020 however, only 25.2 percent of voters turned out to cast their ballot out of a registered number of 2,210,534. CDD figures similarly showed a consistent decline in voter turnout from 78 percent in 2003 to 40.5percent in 2012, and further down to 32.3 percent in 2016. CDD, therefore, expressed worries that the further decline in voter turnout in 2020, which came down to a low of 25.2 percent could be read as a steady loss of faith in the electoral process, as well the entire democratic system of governance.

Speaking on other critical issues in the electoral process, the Centre identified the controversial modality used for selecting the governorship candidates of the two major political parties as a major cause of tension during the electioneering.

“The acrimony that resulted from it created serious intraparty fissures that cast an ominous pall over the peaceful conduct of the election. Another process issue was the political culture of a zero-sum approach to the competitive electoral process that tends to precipitate violent electoral conflict and to encourage the abuse of the power of incumbency for partisan party political advantage.

The group also drew attention to the use of unethical non-conventional campaign strategies, which it emphasized helped to shape perception, delegitimize the process and actors. It also noted that hate speech instigated tensions and facilitated violence. CDD further warned that the combination of vote-buying and insidious influence campaign is an emerging trend, which changes the pattern of votes without the electorate knowing they have been influenced.

On the performance of INEC, the report pointed at the malfunction of smart cards readers malfunctioned in a number of polling units, as a sticky issue, which would have to be dealt with in future elections. It however acknowledged that the overall performance was smooth across the state. “Also most polling stations opened on time. We commend INEC for the introduction of the result viewing portal in improving transparency and accountability of the collation and declaration of results. This has enhanced citizens’ trust in the electoral process. Generally, the COVID-10 Protocols that INEC outlined in its guidelines for the elections, particularly social distancing were not complied with. This has far-reaching health implications for the state,” it said.

To improve the conduct and credibility of future elections, CDD handed down a number of recommendations for electoral reforms, which it stressed were necessary to build on the gains of the election; and address some of the problems in the electoral process.

“The objective of such reform will strengthen electoral integrity and to more broadly promote sustainably good governance in the country to reinforce, and not separate it from, electoral reform, drawing on the experience of Edo. It is clear from the Edo governorship election that, when encouraged and mobilized, citizens can serve as effective guardrail to securely protect electoral mandate from assault by anti-democracy elements.”

“Importantly we task INEC to concentrate on the dual purpose of implementing her protocol on conducting elections during COVID 19 and improved voter education program. This is broad tasks that must be implemented ahead of the forthcoming Ondo governorship elections.”

This specific recommendation made to a broad range of stakeholders by the Centre includes; the need to reform the country’s party system to strengthen internal party democracy. CDD made the point that this is necessary as a mechanism to ensure open, transparent, inclusive, and democratic elections of party leadership and nomination processes for elective public political offices. This measure is further stated would ensure that political parties pay more attention to the nomination of women and youths as candidates and have equal access to leadership opportunities within party organisations.

On the problem of extreme poverty and unemployment, which it noted was responsible for buying and selling of votes, called on government and citizens to push to encourage compliance with Chapter II of the Nigerian Constitution and achieving the United Nations Sustainable Development Goals (SDGs) in order to curb poverty in the country.