Civil Groups call on FGN to begin thorough Inquisition into the Death of Flying Officer Arotile! 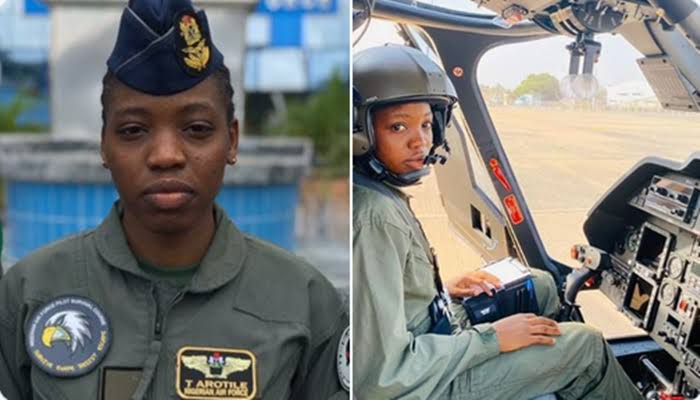 Given the strategic importance of her position to national security, and the various versions of how her death occurred that have emerged in the public domain, we call on the Federal Government, the Nigerian Armed Forces, and the Nigerian Police, to undertake a thorough investigation, including commissioning a coroner’s inquest into her death.

From all reports, the late Flying Officer Arotile had been immensely instrumental in Nigeria’s fight against insecurity, particularly in the Northwest and Northcentral regions, where she was a squadron pilot.

It has also been reported that the unfortunate accident which led to her death occurred upon her return from an anti-banditry combat operation in the troubled areas of Katsina state.

Considering her crucial role in the fight against insecurity in Nigeria, it must be taken into consideration that the Flying Officer may have been a target of criminal elements for reasons best known to them.

It must also be recalled that since Nigeria launched its war on terrorism, law enforcement officers have inadvertently become the counterstrike targets of organised criminal groups.

Whilst reports from the Nigerian Armed Forces have alleged that the circumstances surrounding her death were purely accidental, it is important for all doubts to be cleared through an exhaustive inquest as to the cause of her death.

The Joint National Action Civil Society Coalition respects and acknowledges the sacrifices of the Nigerian military and officers of law enforcement agencies who battle at the frontline against insecurity in our country, and urges the Government of Nigeria, and the Nigerian Armed Forces to ensure the security and welfare of all its security assets.