ActionAid’s WVL-N is committed to raising a movement to promote the rights of women, girls in Nigeria’ – Ene Obi, AAN Boss 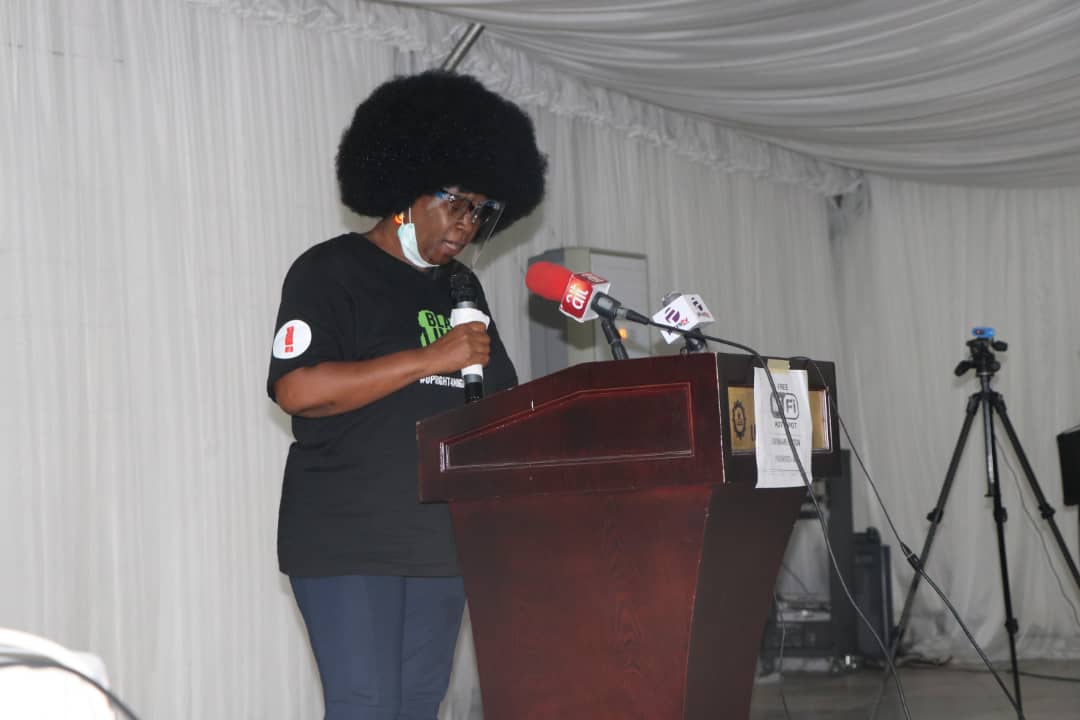 Our target is to empower at least 70 CBOs through the WVL-N capacity building projects – Ene Obi, Country Director, ActionAid Nigeria

The Country Director, Action Aid Nigeria (AAN), Ene Obi has reiterated the organisation’s commitment towards building a movement through Action Aid Nigeria’s Women’s Voice and Leadership (WVL-N) that will continue to promote and the rights of women and girls across the country.

She made this disclosure while delivering her key note address at the opening session of year 2 of a 3-day capacity building project for AAN partners which began in Abuja, yesterday.

Obi stated that the WVL-N project is a 5 year project funded by Global Affairs Canada (GAC) with the aim of increasing the capacities of Local Women’s Rights Organisations and Networks/Movements in Nigeria to effectively promote and protect the rights of women and girls.

In her words, “A training on effective network management and advocacy tailored to suit the mandates of women’s rights networks is vital as it will improve their capacities to function as Networks and to carry out their advocacy mandates.

“This is especially important because Civil Society Organizations which women’s rights organizations and networks are part of, play a pivots role in contributing to policy development and holding the government accountable through advocacy. They are seen as a countervailing power to the authoritarian tendencies of the state and a site for the peoples’ participation in the development process”

On the successes recorded so far about the project and huge positive impacts it has had on the women at the grassroots, Obi stated that the programme has been a life changing programme particularly for those who have been reached out to since the inception through the wider network of ActionAid in Nigeria.

“It has been a reach out programme since inception, and we have continued to reach out. Although the first year of the programme we were working within the network but now we are going down to the community level. Most importantly, we are now working with the Community Based Organizations (CBOs) who always swing into action whenever any issue of concern or case relating to women arises, for instance on the Issue of Gender Based Violence (GBV) at the rural communities. These CBOs would often help by investigating the issues and come up with facts and figures that would be used in getting justice.

“We have been able to achieve this by leveraging on our current strength of coverage in ActionAid Nigeria, we are currently in 20 states across the federation in terms of programming. What that means is that, we are on ground looking at what is happening in these states and at the same time combining these with Women’s Voices and Leadership Programme which is currently running in 6 states. And we are moving into another 3 states now with the support from Ford Foundation. Therefore, our target is to empower at least 70 CBOs through these capacity building WVL-N projects.

She added these Networks of CBOs after the training would have been empowered enough to advocate for improved women rights particularly on gender responsive public service as well as other issues facing the women in Nigeria such as inability to domesticate the convention to eliminate all forms of discrimination against women ratified in Beijing in 1995 by Nigeria.

“up until now that convention is yet to be domesticated in Nigeria. We must let them know that when women are given prominent positions in the public service, they are not doing them a favor but rather doing our nation, Nigeria a favour by empowering the women” she remarked.

According to her, “To have significant impact, they must speak in a united voice as the cooperation of multiple stakeholders is necessary to transform Social problems. Network and coalitions bring with them a wide range of expertise and experience, enabling them to combine competence and resources in new ways so this training is also an avenue to them to learn from one another to scale up the impact of their service delivery work”.