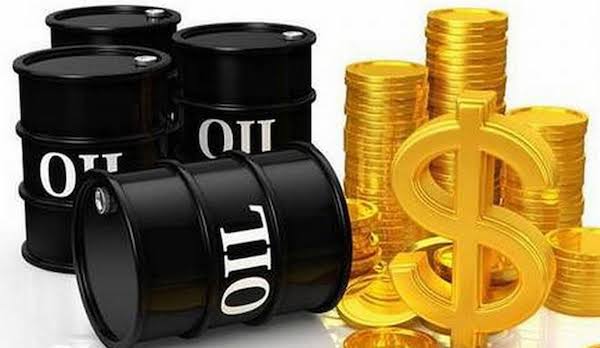 The reality of having to bear the brunt of what Covid 19 pandemic has caused globally is gradually unfolding itself, particularly in what has become of oil and gas sector in Nigeria, one of the well known oil-based economies in the world.

There is no gainsaying, when there is a restriction in movement of the people from one point to another in a bid to avert the spread of a pandemic, automatically there would be sharp reduction in Premium Motor Spirit (PMS) demands.

This is with obvious exception of many Nigerians, who as a result of epileptic power supply still rely on Diesel and Petrol to power their Generating sets and even at that the consumption is nothing compare to vehicular consumption.

On one hand, it is an open secret, that the sudden crash in the global oil price is currently putting Nigeria amongst worst hit nations. However, several questions that civil society groups and concerned citizens are beginning to ask are:
What are the cushioning efforts by the federal government? How would Nigeria scale this dicey period? What does future hold for an economy like Nigeria that relies on Crude oil as mainstay? Are there hope for sustainable diversification of economy? All these questions amongst others are yet to be answered.

On the other hand, a critical assessment of myriads of challenges bedeviling the downstream sector that have made it non-existent over the years such as backlog of unpaid debts by the Federal Government to the Oil marketers, vandalisation oil pipelines, illegal bunkering among others depict a total bleak future for the oil and gas sector in Nigeria without strong policy directions.

This is in spite of subsidy removal efforts and the recent several reductions in PMS pump prices by Federal Government, a commendable moves with no clearly defined objectives.

As Oil based economy, Nigeria needs strong policy direction in terms of critically reviewing the Petroleum Industry Bill (PIB) in line with international standards as well as Nigeria Natural Resource Charter (NNRC) by leveraging several of its Twelve Percepts as guidelines in achieving long lasting reforms and transformation within the sector.

Precepts 7 of NRC outrightly speaks to channeling revenues from resource extraction to finance growth in non-resource economy and improve standards of living. It further suggests that if managed poorly, the government can squander revenues and subject the economy to economic shocks, leading to wasteful spending, poorer public and private sector investment choices, over-borrowing, debt crises and ultimately poorer human development.

Therefore, the optimal way to utilize the opportunities from resource endowment is to deploy the resource revenues for present needs without compromising the needs of the future generation.

Looking at the current juncture we are now as a nation, it shows a whole lot has gone wrong already. Perhaps had Precept 7 of NRC were put into cognizance, Excess Crude Account which is currently in red wouldn’t be. While the Sovereign Wealth fund would not be at USD2.2bn.

For several months, countless advocacy campaigns have been held urging the legislators to prioritise the review of PIB, having survived several amendments during the 8th Assembly. And yet, 9th Assembly has been foot-dragging regarding the review and passage of this important Bill in order salvage the Nigeria’s Oil and gas sector and be made to deliver on its original development agenda for the citizens.

Globally, nations with Oil and gas resources like Nigeria such as Canada, Qatar, Kuwait, have recorded massive developmental growth with unbeatable and unimaginable Gross Domestic Products while also topping global Human Development Index in the recent times, ever before the pandemic.

These nations could not have achieved these feats with rather dead or non-existent downstream sector.

A cursory look at several reports on how Canadian Oil and Gas Sector has transformed and harnessed her downstream sector to her advantage shows that no Oil based economy would survive hard times without a viable downstream sector and strong policy direction.

According to Mordor Intelligence, “as of 2018, Canada’s refining capacity was approximately 2.0 million barrels per day. The Canada oil & gas downstream market is expected to grow at a Compound Annual Growth Rate of more than 0.9% during the forecast period.

It was also predicted that the rise in population, urbanization, and industrialization in Canada, is expected to drive the oil & gas downstream market during the forecast period.

Canada’s refining sector is expected to dominate in the market, on account of increasing demand for refined products from the petrochemical industry. That is typical example an economy that has prepared ahead for the days of uncertainties.

Another major issue Nigeria might have to contend with in the global market is the price of her crude oil in comparison with other major players such as Russia and Saudia Arabia who have decided to crash down the price of crude oil per barrel.

Recent reports have stated that Saudi Arabia now sells at about USD5 per barrel; Russia at about USD19 per barrel while unprepared Nations such as Nigeria still hoping to sell at SD25 -USD33 per barrel while the global oil price gradually slumps to USD19. So which would you rather buy from amongst three nations? Of course the cheapest would have more demands than those with relatively higher prices.