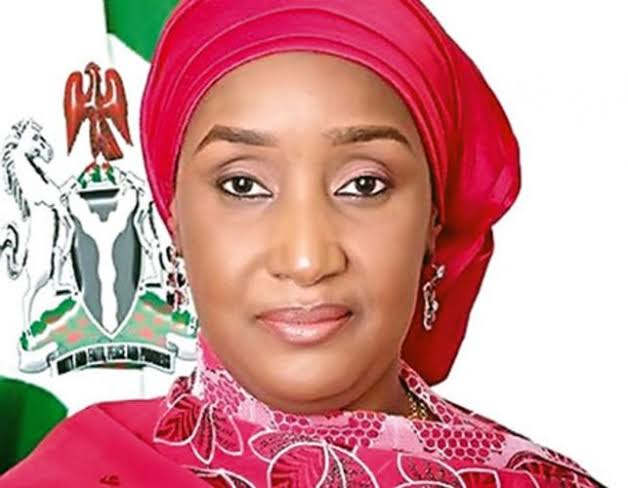 The Minister of Humanitarian Affairs, Disaster Management and Social Development, Sadiya Umar-Farouk has explained how the School Feeding Programmes was modified to enable the children benefit from the scheme while they are at home due to the coronavirus lockdown.

The Minister also announced the ministry’s plan to submit a list of its food vendors to the Economic and Financial Crimes Commission (EFCC) as she denied allegations of spending N679m ($1,739,881.82) daily on programme.

Farouq was speaking after the Peoples Democratic Party (PDP) alleged that the “school feeding claims by the Federal Government, when schools are shut due to COVID-19 pandemic, is a huge scam and a scheme by corrupt All Progressives Congress (APC) leaders and some officials in the Buhari presidency to siphon a targeted N13.5 billion public funds to finance their wasteful lifestyles.”

The main opposition party which described “the use of innocent school children as cover to steal and funnel not less than N679 million daily to private purses as sacrilegious, wicked and completely unpardonable”, added that “it is now clear that the APC-led administration’s school feeding programme had always been a scam, the claims to feed school children even when schools are closed are colossal racketeering taken too far.”

Sadiya Umar-Farouk who defended the federal government at the daily briefing of the Presidential Task Force (PTF) on COVID-19 on Friday May 15, denied claims of spending N679 million per day on the school feeding programme.

“For clarity, the programme which is funded by the federal government of Nigeria is implemented by the state governments and facilitated by the Federal Ministry of human Affairs, disaster Management and Social Development.

“And this programme, as modified is targeted at heads of the households, guardians and caregivers of these children – primary school pupils one to three.

“And also, we are not spending N679 million per day as alluded to, that number is inaccurate the take-home ration worth N4,200 per household and as planned as a monthly COVID-19 intervention for 3, 131,971 household in the participating states of the Federation.

“When the federal government ordered the closure of schools across the country in order to help flatten the curve on the COVID-19, it interrupted the school feeding programme, which is one of our Cardinal project has a government and which preceded the COVID-19 outbreak, because the programme was already ongoing food vendors had already been contacted and mobilized for the project.

“We are also mindful of the fact that most vendors having mobilised are made purchases Preparatory to the project as official. It’s not just possible to ask them for a refund. This has been done before the school calendar was disrupted.”

The Minister further revealed that they opted for a modified school programme because asking for a refund from vendors who have already bought food items in preparation for the project is impossible.

“That is how we arrived at the modified school feeding programme of taking food rations into the households of this children. So how we got our data with children at home was another issue. When children are enrolled in schools, as part of the registration process has a detailed register which contains the address of parents and guardians of every people is kept with the school as well as the class teachers. We also obtained those from SUBEB and other sources.

“Also, in the community where these are children live, every child’s home can be easily identified by members of that community and management of these schools. So to ensure full transparency so that the programme is not compromised, we are submitting a full list of all the vendors to the EFFC and let me also state here that these vendors have been in the structure since 2016. So, we’re using existing structure is not a whole new programme that were enrolling, no.

“The vendors that have been in the programme that we are using because they used to provide these food and materials to the cooks to cook.

“We have also invited other agencies of government including the DSS, EFFC, ICPC code of conduct and a host of NGOs and CSOs to help us monitor. I’m sure you agree with me yesterday, you must have noticed a large number of people participating in the process or in the flag off because we engage as many stakeholders as possible to be part of that being very mindful of the social distance guideline.

“I am going into some [details] in order to disapprove some misinformation and misunderstanding around modified programme and to ask Nigerians to support this for active intervention designed to keep our children fed during this pandemic, So that objective of this National home work school feeding programme is not compromised.”