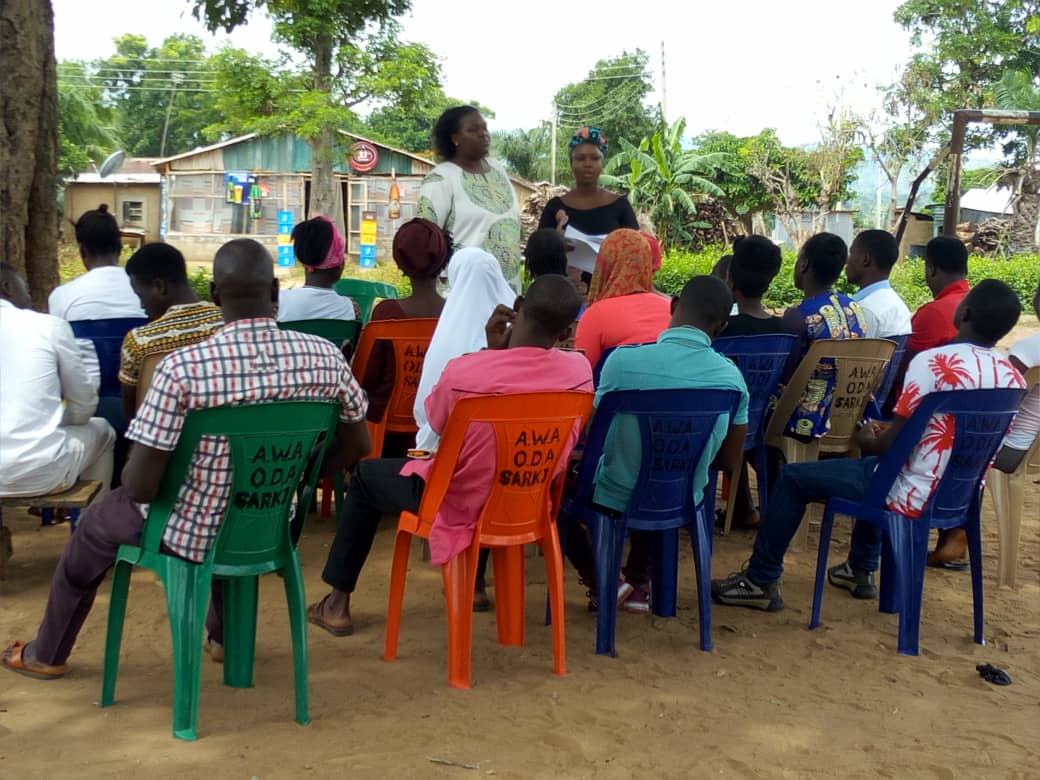 According to the World bank, everyday girls face barriers to education caused by poverty, cultural norms and practices, poor infrastructures, violence and fragility. Girl’s education goes beyond getting girls into school. It is also about ensuring that girls learn and feel safe while in school; complete all levels of education with the skills to effectively compete in the labour market; learn the socio-emotional and life skills necessary to navigate and adapt to a changing world; make decisions about their own lives; and contribute to their communities and the world. What happens when circumstances of life and societal changes disrupt the educational cycle of a girl and how do we mitigate it?

While it still an assertion that poverty remains the most important factor for determining whether a girl can access an education. Studies consistently reinforce that girls who face multiple disadvantages such as low family income, living in remote or underserved locations, disability or belonging to a minority ethno-linguistic most recently, communal clashes and violence are contributory factors hindering education of young girls.

The latter reasons have caused parents to give out their daughters to individuals to help out with chores for paltry sums. While these monies are life savers to their parents, guardians, the education cycle of a girl is fast running out and poverty gap widening.

Around the world education is recognized, as an important institution for the development of political and social progress of a nation. A typical scenario is that of a young girl who serves as a domestic help to an average Nigerian working woman who returns home by 2:30 pm. What happens to the girl who has been home all day?

DOUBLE SHIFT SCHOOLING : Growing up in Rivers state in the 80s there was something called (afternoon school) that system of education gave hope to hundreds of girls who were domestic helps. This is known as double shift schooling, it is a type of school which operates in two shifts, with one group of students in the building early in the day and a second group of students later in the day. The purpose of a double shift school at that time was to increase the number of students that can be taught without having to build another building. The provision of this shift system surpassed the objectives of having more students utilize a building, it served marginalized girls who were mainly domestic helps at that time, beneficiaries of this policy irrespective of their status cannot be tagged illiterate majority of them having obtained their first school leaving certificate pressed on to pursue secondary education. Girls are faced with numerous barriers today despite the proliferation of aids organization helping to curb this menace, there would still exist categories of girls whose conditions requires them to venture into some activities for economic self empowerment, education succour to these girls would be to have a double shift system of schooling by government catering for their educational needs.

In a double-shift system, schools cater for two entirely separate groups of pupils during a school day. The first group of pupils usually attends school from early morning until mid-day, and the second group usually attends from mid-day to late afternoon. There are different views to this system of schooling, while proponents of it firmly believes in it ability to reduce the illiteracy numbers being recorded for the nation, providing marginalized girls like domestic helps the opportunity to attend a formal school, the latter beliefs double shift schools are a marginal phase of the system and seen as of mediocre quality to teachers and parents. It is sometimes argued that double shift schools are affordable to some parents, generally those who are poor, because these schools enable their children, particularly those of secondary school age, to take on employment during some portion of the day and in that way reduce the opportunity cost of schooling.

However, as an advocate for girls education, I strongly advocate for the re-introduction of the double shift schooling, the class sensitivity it generally sends to its critics is nothing compared to benefits associated with this system. Day in and out we see girls who would not have been tagged illiterate if they had an opportunity of a double shift school. In the Spirit of International Women’s Day 2020 to achieve Generation Equality in girls education, government should re- introduce this type of schooling and see a great reduction in out of school population.