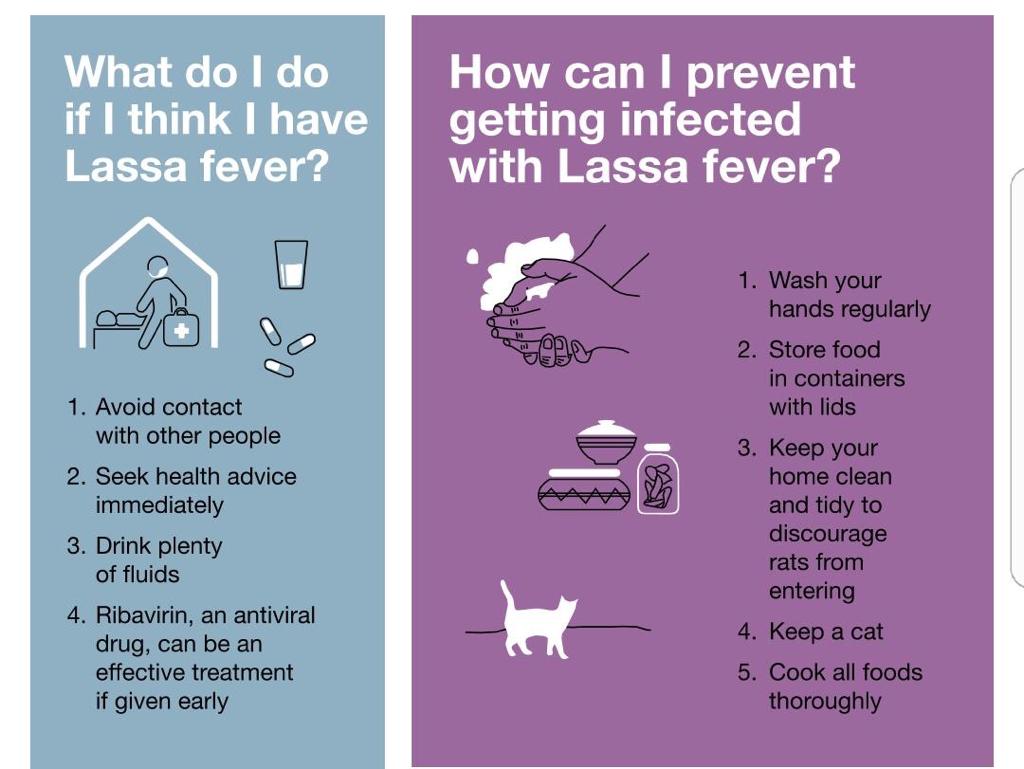 Federal Government of Nigeria has expressed satisfaction at utmost quick response and relentless efforts given by the Kano state government towards containing current Lassa fever outbreak in the state.

This was disclosed by the Minister of Health, Dr Osagie Ehanire when he paid condolence visit to the Kano state governor, Dr Abdullahi Umar Ganduje at his office, in Kano, over the death of two Doctors who became the victims, who died in active service, when they got in contact with the first casualty, whom they conducted a surgical operation for.”

Adding that, “The state and other stakeholders are doing their best in this respect. We commend the state Ministry of Health for taking the situation very seriously. So also members of the communities are becoming so conscious about it, courtesy Ministry’s aware0

After expressing his shock over the death, he prayed that their souls rest in perfect peace and prayed for the families the courage to bear the irreparable lost.

“We can see that the level of the state preparedness to contain the situation so quickly is highly commendable. We are therefore commending the state government for taking quick proactive measures. So also the quick release of funds by the state assisted tremendously, towards achieving the good results we are seeing on ground,” says the Minister.

He charges health workers to always observe Ethical standard while dealing with such kind of diseases, so as to avoid further complication and spread of the deadly disease.

In his opening remarks, the state Commissioner of Health, Dr Aminu Ibrahim Tsanyawa, who was represented at the event by the Permanent Secretary, Dr Binta Umar Bala disclosed some of the bold measures taken by the Ministry, immediately after sending the sample to the National Referral Centre in Abuja.

“When we received the information of the outcome of the result, we swung into action immediately by mobilising the State Isolation Center at ‘Yar Gaya, prepositioning of PPEs, Drugs, Ambulances and other measures taken includes activation of Rapid Response Teams, Conduct of State Emergency preparedness and Response Committee Meeting, Contact Tracing and Contact follow-ups were instituted promptly,” she discloses.

She further stressed that, Daily Coordination Meetings at State Emergency Operation Center (EOC), Strengthening and intensification of Surveillance at all levels of health care delivery and communities, sensitization of health workers and production of IEC materials as well as production and placement of radio jingles among other measures.

Earlier governor Ganduje assured the Health Minister that the state would do everything possible to make sure that all necessary steps continue to be observed for the successful curbing of the problem.

Insisting that, “As we are facing the situation squarely, I am assuring you that the state will continue joining hands with all the stakeholders for successful fight against Lassa Fever. That is why we are not relenting in our efforts.”