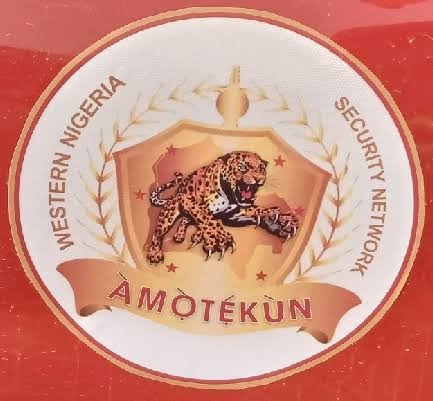 Centre for Democracy and Development (CDD) has appealed to the General public to disregard the recent viral video showing the Arewa Youth dishing out threats to cause chaos should South West Governors refuse to dissolve the much talked about “Operation Amotekun”.

In a press statement signed and released by the Organization today, CDD has discovered through her tireless fact checking platform that the video was absolutely falsehood, a fabrication of unscrupulous individuals whose intentions were to generate unwarranted crisis through this sensitive situation.

The CDD, however urge the Nigerians to be extra sensitive and verify every single information they come across on any media platform particularly on social media before reacting to it, so as to prevent more crisis in the Land.

Read The full Statement and outcomes of the fact checking below:

Did Arewa Youths Threaten War If Yorubas do not Dissolve Operation Amotekun?

CLAIM: CDD is in possession of a videocreated by Simon Ekpa and posted on his Facebook page on January 11, 2020.The video contained claims already published by several online blogs including  Naija polity, iexclusivenews, and Aynaijang News . It was alleged that the Arewa Youth Consultative Forum has threatened to begin a war, should the Yorubas refuse to dissolve the newly created security outfit Operation Amotekun . The news report quoted Yerima Shettima, the Leader of Arewa Youth Congress: ‘’If after the 20th of this month (January 2020) they don’t dissolve that outfit (Amotekun), there will be WAR in this country’’.

FACT:Operation Amotekun is the newly established security outfit launched by the five South-West Governors in Nigeria with the mandate to enhance the safety of the region against kidnapping, banditry, armed robbery, and related crimes. Although there are mixed reactions to the formation of the outfit.

Our Fact check shows the claim by Yerima Shettima was also published on popular discussion forum Nairaland  and have been read by thousands of readers. It has also been shared extensively across social media platforms, including Facebook groups with a large membership.

Our checks on Simon Ekpa shows that he is a known supporter of the Indigenous People of Biafra (IPOB) and has several videos aimed to misinform and disinform the public. The claim on Yerima Shettima has been seen by over 200,000 viewers, shared 6,000 times and liked by over 4,000 users on Facebook.

Fact-checkers contacted a member of the Arewa Youth Consultative Forum, who referred to an interview granted by Yerima Shettima to the News Agency of Nigeria (NAN) and published by the Punch online on 12th January 2020. In the published report, Mr. Shettima was quoted: ‘’Amotekun ‘ll promote community policing’’. He urged Nigerians to disregard the insinuations on social media that he and his group were against the inauguration of the security agency in the zone. According to him, the inauguration of ‘Amotekun’ is commendable, as it will complement the efforts of the Federal Government to secure lives and properties in the country.

The claim that the Arewa Youth Consultative Forum through its leader, Yerima Shettima, threatened war should the Yorubas fail to dissolve Operation Amotekun by January 20th is false and should be disregarded.

CDD is urging members of the public to verify information, particularly news stories, before sharing as sharing Fake News and Disinformation can threaten our peaceful coexistence and the sustenance of our democracy. Join the campaign #StopFakeNews.