“Kano is taking the lead In the Fight Against Cancer In Nigeria” – VP, Osinbajo 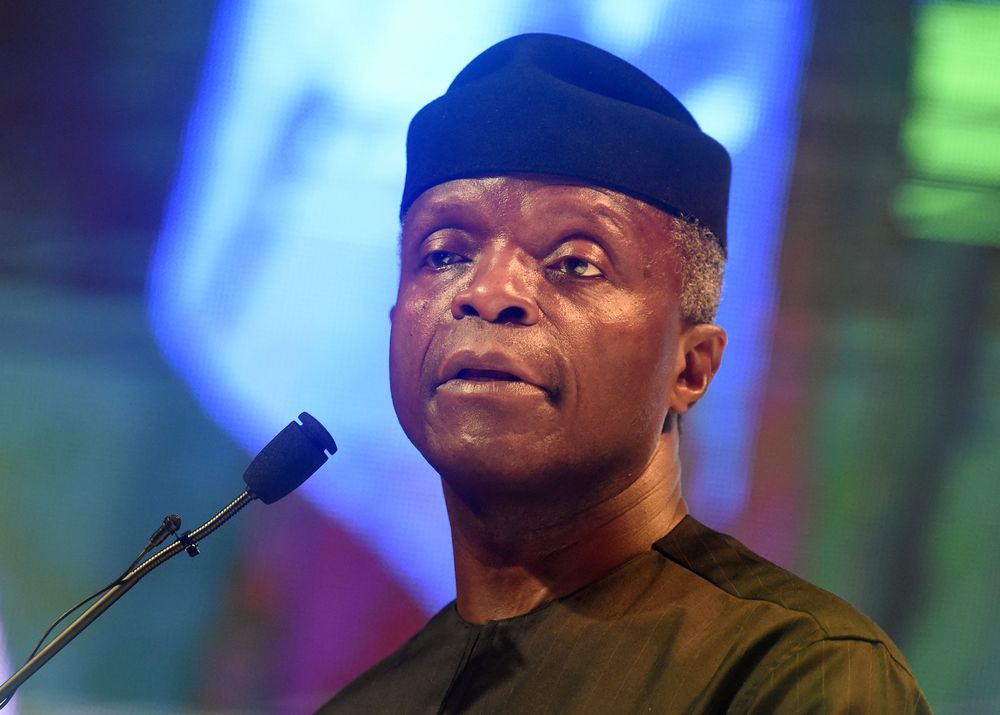 Vice President Prof. Yemi Osinbajo has commended the efforts of the Kano State Government in taking appropriate steps and decisions in combating one of the most dreaded diseases in the world, called Cancer amongst the indigenes of the state.

Osinbajo made this disclosure at the official laying of the foundation stone of Kano cutting-edge Cancer Centre in Kano, initiated by governor Abdullahi Umar Ganduje, after visiting Melbourne, Australia which prompted the making of a replica of the World Cancer Centre in Melbourne.

Speaking at the event, he commended Kano state for being in the forefront, taking the lead in the National Cancer Control Plan by the federal government, with the intention of curbing the problem, which he said, states were invited to be part of the stakeholders.

“Kano state is leading the way in this direction. With the cutting-edge facilities as we have just heard from the governor and the experts managing the facility.”

“Also as I laid the foundation, I was made to understand that Governor Abdullahi Umar Ganduje is very serious about it,” he said.

The Vice President further stated that “This Centre is not meant for Kano alone, but it is for the whole nation. We commend you the Governor for your foresighted-ness, dedication and patriotism. This is a great work you are doing. You are about to put in place the best Cancer Treatment Centre in the country.”

In his remarks governor Ganduje gave the historical account of how the Centre comes on board, revealing that, “We studied that Cancer is becoming prevalent, with Prostrate cancer affecting men and Cervical and Breast Cancer disturbing women. So we decided to come up with a workable solution to it.”

He further added that, by way of exploring ways to curb the problem, “We visited Melbourne, Australia World Cancer Treatment Centre. What I saw there moved my administration to work towards making something identically similar to that in our dear state, Kano.”

“So we invited experts on Cancer from across the world. We deliberated upon finding effective way to put this facility you are laying its foundation Sir. We came to a conclusion that the type we are having today can take care of 90 percent Cancer problem of our people,” he said.

On sustainability aspect, Ganduje assured that, a concrete arrangement is made to take care of that, emphasising that,

“Business will not be as usual. For us to keep sustainability in sight, we decided that Public Private Partnership would be used in managing the facility. It will be managed by global experts.”