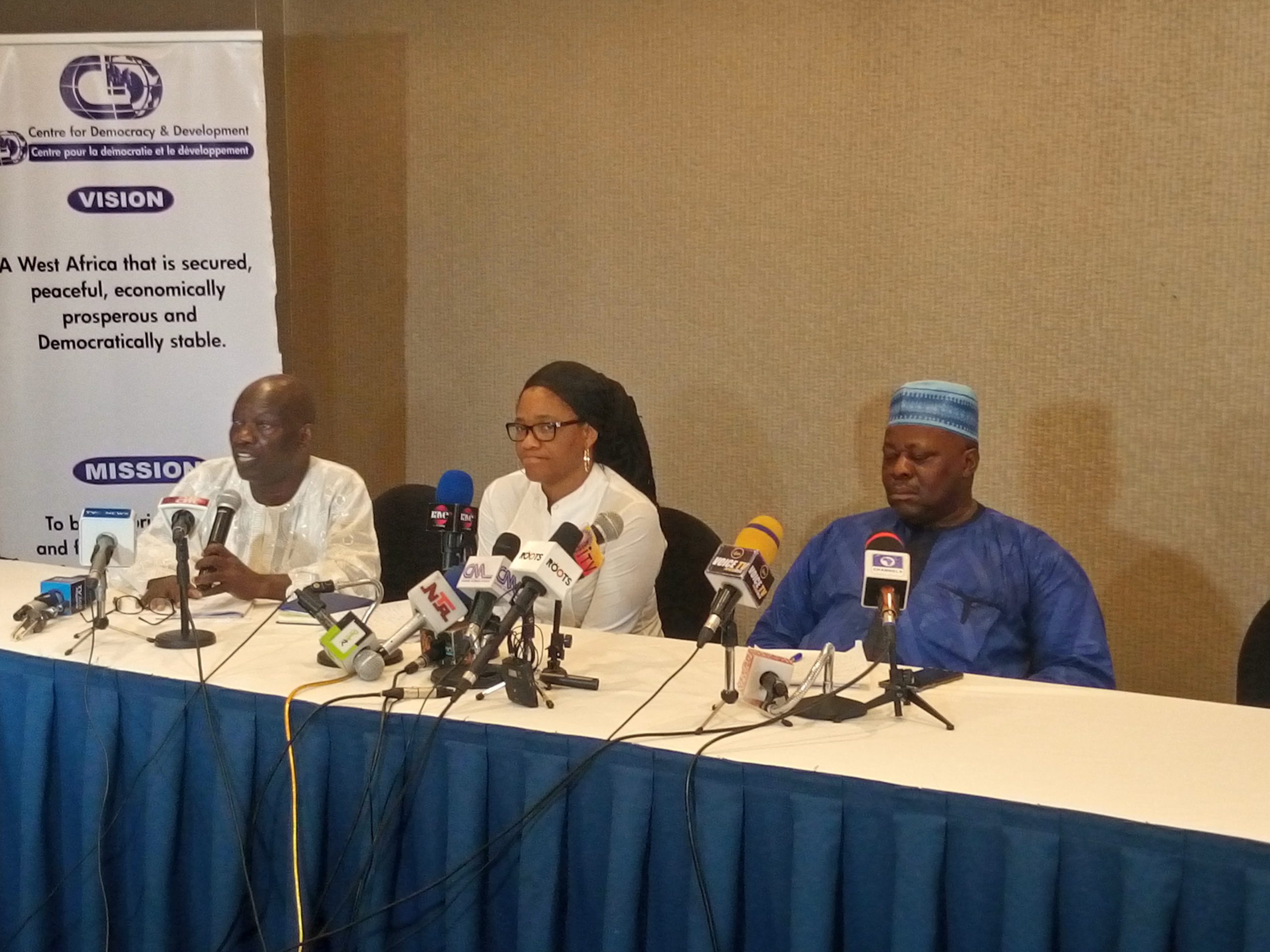 Centre for Democracy and Development (CDD) has called on President Muhammadu Buhari to urgently provide the leadership needed to rescue the electoral process, and by extension the entire democratic system from imminent collapse.

The organisation said this call becomes imperative following the gunpoint democracy that played out at recent gubernatorial elections in Kogi and Bayelsa states.

CDD added that Buhari was only able to ascend the Presidency through the historic 2015 elections because the electoral process allowed the votes to count. That watershed was a culmination of the electoral reforms initiated by President Umaru Musa Yar’Adua. At the moment, Nigeria’s electoral process requires a similarly bold and courageous leadership to chart a way forward and resolve the lingering challenges threatening to derail it.

In a Press Statement signed by the Executive Director, CDD Idayat Hassan, states that “President Buhari owes this duty to all Nigerians; he cannot stand by and allow the continuous degeneration of our electoral system.”

“It is a serious indictment on our national capacity that two decades after the advent of the current democratic dispensation, we still cannot deal with the threats to the right of citizens to make their democratic preferences in an atmosphere devoid of fear and insecurity”.

“It is equally pertinent to remind that in an electoral process, what is at stake is not only the political offices the partisan actors are angling to occupy. The crux for the citizen remains the basic right to have a say in determining who governs him or her. This right is well enshrined in the 1999 Constitution of the Federal Republic of Nigeria as amended.

Section 14(2a) makes it expressly clear that sovereignty belongs to the people of Nigeria from whom government derives all its powers and authority. In 14 (2c) the constitution goes on to direct that the “participation by the people in their government shall be ensured.”

Therefore, there can be no controversy about the fact that the recurring violations of the electoral process amount to an assault on the constitution of our country. If constitutionally-sanctioned opportunities presented by the electoral process to enable citizens elect their leaders continue to be violently upended by desperate political actors, the consequences would better be imagined.

Importantly, the level of violence and coordinated disruption of the electoral process as seen in Kogi and Bayelsa point to the need for a fundamental re-organisation of election security. In Kogi and Bayelsa, the large deployments did not translate to a better secured electoral space.

Security has to also grapple with the threat posed by political actors. It is very clear that the political parties are the major culprits undermining peaceful and orderly conduct of elections. The Constitution in Section 227 already warns that no association shall organise groups for the purpose of enabling them to be “employed for the use or display of physical force or coercion in promoting any political objective.”

In defiance of this constitutional directive, the parties and their candidates have been the exclusive sources of the tension, bad values and utmost desperation, which have become the synonymous with the deterioration in the quality of our elections. The more tragic fallout of these elections is the fact that there was no effective response from the security agencies.

Once again, the ordinary citizen was let down by the failure of security to rise to the occasion; in many instances, officers of some of the security agencies were complicit in aiding and abetting the electoral heists. Many eligible voters who were disenfranchised as a result of the volatile character of the polling environment would surely be wondering what the use of the deployment of thousands of officers is, when they cannot protect voters, and the polling areas from violent attacks by armed thugs.