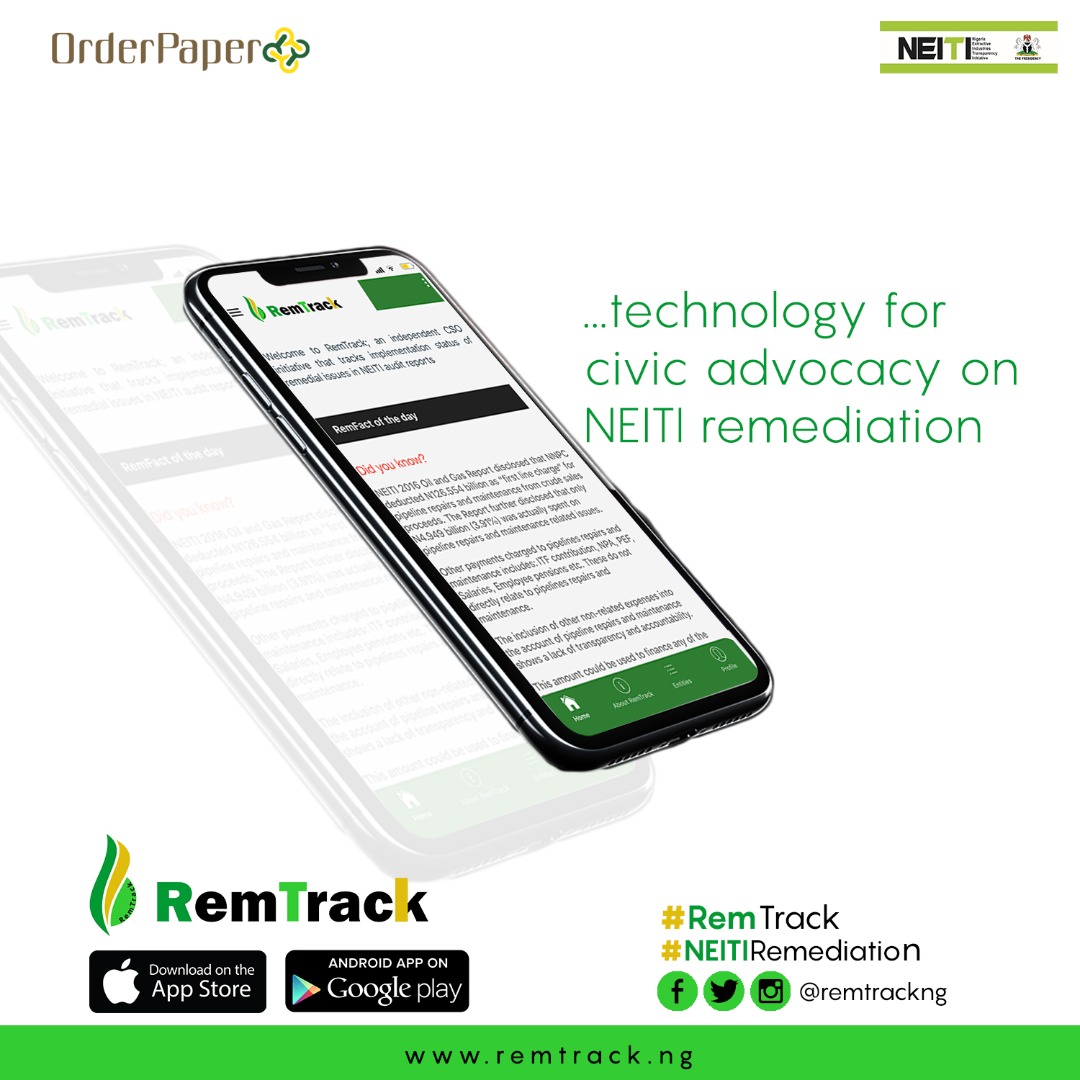 OrderPaper Advocacy Initiative (OAI), a legislative interface platform has called on the National Assembly to step up its governance of the extractives sector of the economy, especially the performance of oversight over entities in the oil and gas.

A statement signed by Oke Epia, Executive Director of OAI, said the National Assembly must necessarily engage and deploy the annual audits carried out by the Nigeria Extractives Industries Transparency Initiative (NEITI) in advancing reforms and best practices in the sector, saying the reports contain germane recommendations which when implemented can fix issues of corruption and other yawning gaps that have denied Nigerians the benefit of her huge petroleum resource for decades.

The statement referred specifically to the 2016 NEITI Oil and Gas Audit which put the total financial flows including crude oil sales, taxes, royalties and other incomes into the federation, other tiers of government and sub-national entities at $17.055billion. It also said most of the 13 major recommendations from that audit have yet to be implemented leading to their possible recurrence in the 2017 audit expected to be released soon by NEITI.

“The remediation of financial, physical and process gaps identified in NEITI audits have continued to be a major drag in the governance of the oil and gas sector and this is one core responsibility the current National Assembly must take up with all alacrity and consistency to restore transparency and accountability,” the statement said.

The organization informed that as part of its contributions towards changing the tide, it is set to roll out a purpose-built civic technology tool called RemTrack which will simplify the NEITI audit reports and stimulate massive citizen participation in the extractives sector, especially oil and gas.

“RemTrack, which has been developed in collaboration with the Civil Society Steering Committee (CSSC) of NEITI, will not only encourage informed citizen participation but also advance the performance of legislative oversight over the sector,” Mr. Epia said in the statement.

The organization expressed sadness that past NEITI audits which have been laid before the National Assembly as required by statutes, have received very little or no attention from the legislators and stressed that the 9th assembly must make conscious efforts to change the situation.