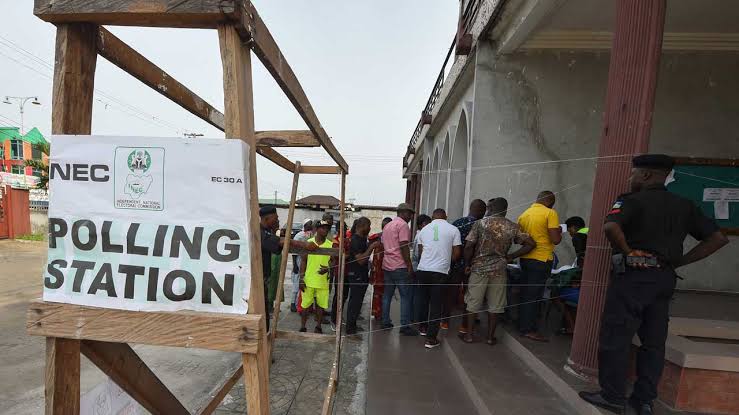 A coalition of Civil society group, the Joint Action Civil Society Coalition has expressed deep concerns over the unending political instability in Kogi and Bayelsa states as their gubernatorial elections draw near.

The group noted that the violent clashes amongst political parties are gradually snowballing into violent conflicts and impending anarchy in the two states in the past few weeks.

In a press statement signed and released yesterday by the group stated that the spate of violence in the states toward the forthcoming gubernatorial elections is getting out of control.

The group however calls on all stakeholders to make concerted efforts to mitigate further losses as the elections reach flag off.

The Joint Action Civil Society Coalition notes with deep concern the trajectory of violence and the tilt towards anarchy in the upcoming gubernatorial elections in Bayelsa and Kogi states. We note in particular the spate of violent attacks and killings in Bayelsa state and call on all stakeholders to make concerted efforts to mitigate further losses as the elections reach flag off.

From all indications, it would seem that this set of elections may repeat our reoccurring history characterized by violent pre and post-election episodes, resulting in the wanton destruction of lives and property. Given the loss of at least 521 lives in our recently concluded general elections of 23rd February and 9th March, 2019, the need to address early warning signs of violence should have been apparent to the Nigerian government and its security apparatus, and should have served as a learning curve to urgently address security threats and deescalate tensions in both states.

Barely 24 hours to the gubernatorial elections, reports of arson, and the death of at least 4 citizens in Bayelsa state; and several episodes of violent clashes between political rivals, with each side accusing the other of deploying armed thugs to sabotage the elections in both states.

The context painted above is beyond worrying and raises certain concerns:

Finally, we salute the courage and gallantry of our electoral and security agents who have continued to uphold our peace and unity in extremely difficult circumstances, and sometimes under extreme provocation.

We assure them that their efforts are not in vain and that Nigerians applaud their efforts. Respect for the rules of engagement will never go out of fashion and will be their saving grace for legitimacy with the very people their have sworn to protect.