Will Nigeria become Global smartphone super-power by 2025 as predicted??? As Kenya joins Most improved nations 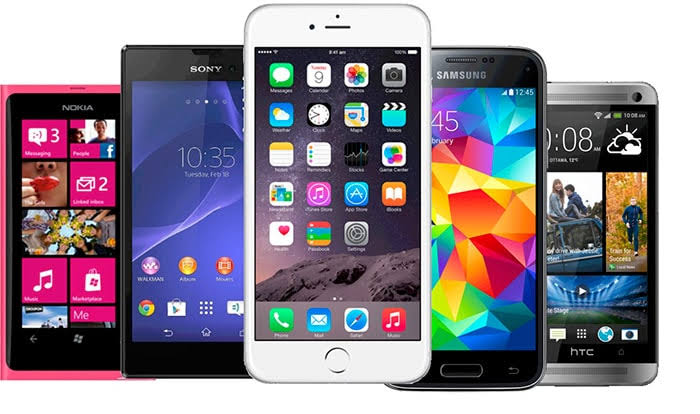 The Mobile Economy Report by the GSMA offers some unique intelligence on the mobile technology space as it stands and what to expect in about half a decade.

One of the striking insights in the 2019 report is a forecast of the 10 countries that dominate the Global Smartphone space in 2025.

Nigeria was listed on number 9 of the top 10 with 143 million smartphone connections (a significant 11 places up from our present number 20).

The other in the super-powers list include China, India, Indonesia, USA, Brazil, Russia, Japan, Pakistan and Bangladesh.

The report offers a number of other insightful projections that you will find insightful. Allow me to take you through a number of them:

At the end of 2018, about 5.1 billion people around the world subscribed to mobile services. That is about 67% of the global population.

This implies that about 1 billion new subscribers have been added since 2013 (an annual growth rate of about 5%).

That is a slowed growth. And, it won’t get better in the coming years. This is because the parts of the world that have been covered are quite bigger than the part that needs coverage.

So, with an annual growth rate of 1.9%, the total number of mobile subscribers in the globe is expected to grow to 5.8 billion in 2025. That implies that 700m more people will subscribe to the internet for the first time.

And, just seven countries will account for half of the new subscribers. Nigeria, again, is on that list.

In 2018, 4G overtook 2G to become the leading mobile technology across the world, with 3.4 billion connections accounting for 43% of the total.

Following commercial launches in the US and South Korea towards the end of 2018, 16 more major countries will have launched 5G networks by the end of 2019.

Although there is a lot of politics trailing 5G, three factors will affect the speed at which it is adopted and the value that it will generate:
1. The opportunities for value generation
2. Cost considerations
3. Deployment dependencies.

Over a fifth of the world’s markets will have launched 5G by 2020, spending a combined $244 billion on networks in the process. Nigeria is not among the expected adopters.

Not everyone will use the internet though…

At the end of 2018, 3.6 billion people were connected to the mobile internet, representing an increase of just over 300 million compared to the previous year. However, more than 4 billion people remain offline.

Around 1 billion of these are not covered by mobile broadband networks (the ‘coverage gap’), while around 3 billion live within the footprints of a network but are not accessing mobile internet services (the ‘usage gap’).

Affordability remains one of the biggest barriers for consumers to mobile internet adoption in low- and middle-income countries.

Some more interesting numbers for your consideration:

Between 2018 and 2025, the number of global IoT connections will triple to 25 billion, while global IoT revenue will quadruple to $1.1 trillion.

Four in five connections globally will be smartphones by 2025. Smartphone connections in Sub-Saharan Africa will more than double.

Kenya is one of the world’s most improved countries!

Measuring by the four indices of connectivity (Infrastructure, affordability, consumer readiness and content) Kenya is one of the four most improved countries in the world (alongside Guatemala, Turkey and Bhutan). It is the only African country on the list too.

Here are a few reasons Kenya made it to the list (summary: infrastructure and affordability):

How can Africa benefit?

African leaders should avoid feasting on the seed: taxing infrastructure investors should be shunned. On the contrary, incentives should be given to ensure broadband affordability and accessibility.

By setting the right regulatory context, governments create incentives for technological innovation and investment everyone will benefit from: government (taxes) and the people (businesses & employment).

Authorities should be looking at two key areas for review and reform:
1. Regulatory frameworks should be reviewed and updated to promote market dynamism, competition and consumer welfare.
2. Discard legacy rules that are no longer relevant in the context of the present digital ecosystem.