“Collective action is required to address hunger, food security for all” – CS-SUNN 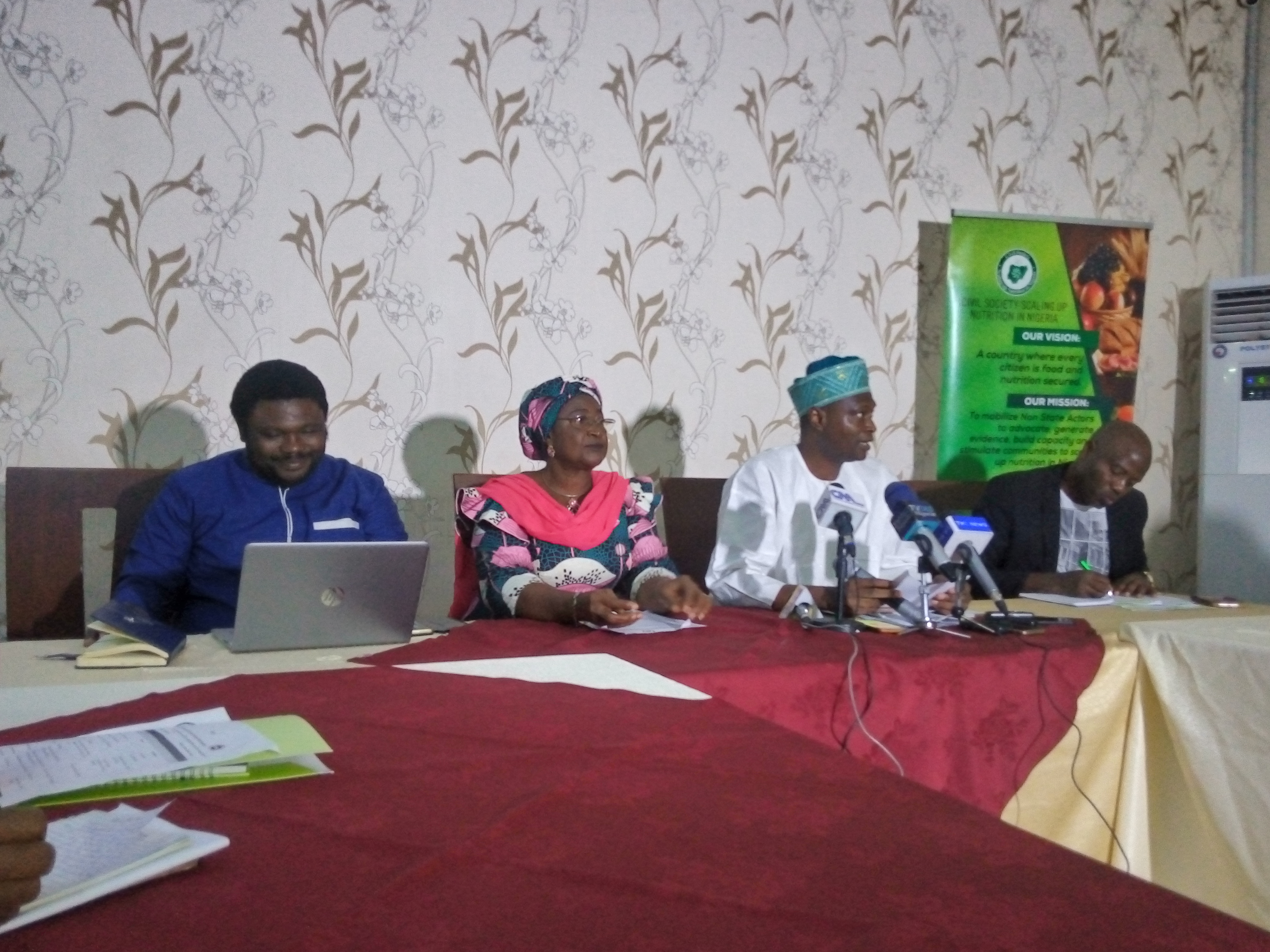 Civil Society Scaling-up Nutrition in Nigeria (CS-SUNN) has reiterated its stance on the need for collective social action in tackling the issue of hunger, malnutrition and ensure food security and nutritious diets for all in the country.

Executive Secretary of the organization, Beatrice Eluaka, made this known at a Press Conference organised in Abuja in commemoration of World Food Day 2019 themed: “Our Actions are our Future. Healthy Diets for Zero Hunger World”.

According to her, “Eradicating the multiple burderns of malnutrition – including stunting, wasting, micronutrient deficiencies, overweight/obesity, and diet-related non-communicable diseases will require political will backed by action, domestic financing, innovative interventions and improved sectoral coordination that can reform nutrition and food systems beyond business-as-usual in the country”.

She emphasized that several disturbing statistics have placed Nigeria to be having the highest burden of stunting in Africa and named the second highest in the world next to India.

“The country’s current nationwide childhood under-nutrition indicator stands at 37 per cent stunting, 7 per cent wasting and 23 per cent underweight” she remarked.

Eluaka stressed on the need for the country to combat malnutrition in all its forms with groundbreaking strategies and cost-effective interventions for speedy realisation of Sustainable Development Goal 2 (SDG 2) – Zero Hunger by 2030.

Sharing the essence of World Food Day, she stated that this year’s World Food Day emphasises the need for Nigeria to accelerate progress on eliminating hunger and forms of malnutrition by 2030 and beyond – to pave the way for achieving all the SDGs.

However, Dr Oyeleke Abdulrazak, Deputy Director, Department of Nutrition and Crop Protection, ably representing the Minister of Agriculture and Rural Development at the event spoke on the current workable plans that are being put in place by the Buhari Administration in tackling the challenges of malnutrition and food insecurity in Nigeria.

“Since the issue of food security and nutrition is a multi sectoral one, we have currently launched an inter ministerial working committee/group on Agriculture, Nutrition and Health” he said.

Oyeleke added that this inter ministerial working group will serve as think-tank group, playing advisory role to current administration on the issues of malnutrition and other food related issues.