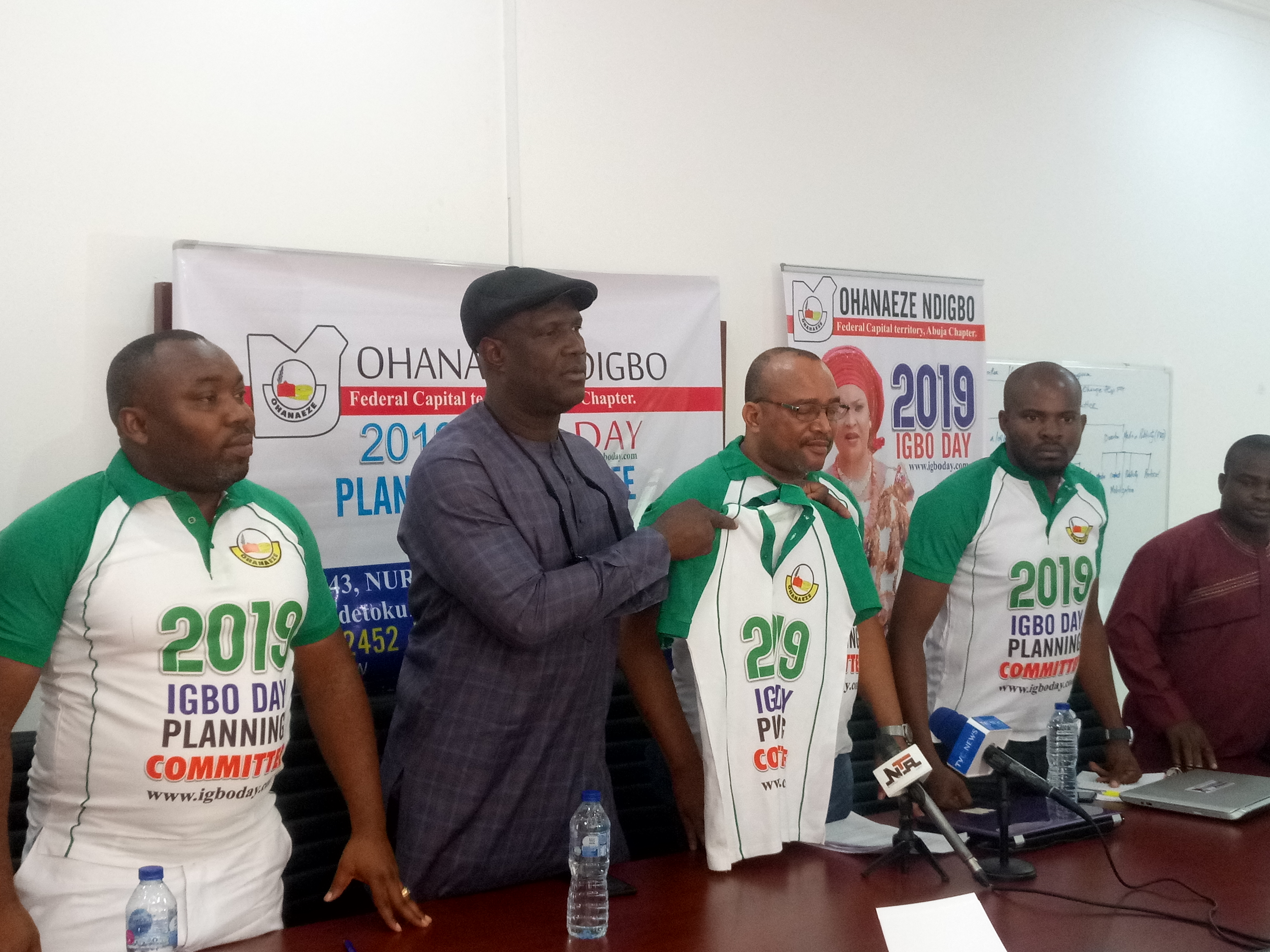 Igbo Day 2019 Planning Committee, an Adhoc Committee of Ohaneze Nd’igbo Abuja FCT has announced that the theme for Igbo Day 2019 Celebration is aimed at promoting culture of peace among Igbo indigenes, at a press conference in Abuja.

‘The theme of 2019 Igbo Day Celebration which is “Promoting Culture of Peace for socio-Economic Development” couldn’t have come at a better time as this in Nigeria said the Mr Odozi Nwodozi, President, Ohaneze Ndigbo, Abuja FCT while speaking to Press Men yesterday.

Some of the objectives of Igbo Day according to him, is to showcase and promote the opulent IGBO customs and traditions. To build bridges of national unity and develop opportunities for youth to learn and practice Igbo culture as well as to inculcate the spirit of peace, unity and development amongst all Igbo speaking people amongst others.

While condemning the attitude and act of violence in all its form, Nwodozi totally condemned the recent irrational behaviour by some Igbos against the Nigerian Senator, Ekweremadu in far away Germany at an Igbo Summit saying it was abominable act in Igboland for a child to beat his father.

‘Ohaneze Ndigbo condemns in totality the awkward reactions of Igbo brothers who assaulted the Nigerian Senator, Ekweremadu in a foreign land. It is an abomination in Igbo land. However, we have forgiven them and they have also realised their mistakes’.

Nwodozi who also expressed the concerns of Ohaneze Ndigbo regarding the current xenophobic attacks on Nigerians in South Africa stated that its disappointing how South Africans have forgotten the history so soon.

“South Africans have forgotten history too soon. I am aware that Nelson Mandela in the heydays of his struggle was quartered in Igboland in the apartment of one Igbo man called ‘The Boy is Good’, he remarked.

He however, advised Nigerians living in South Africa to remain strong as this crisis time will also pass.