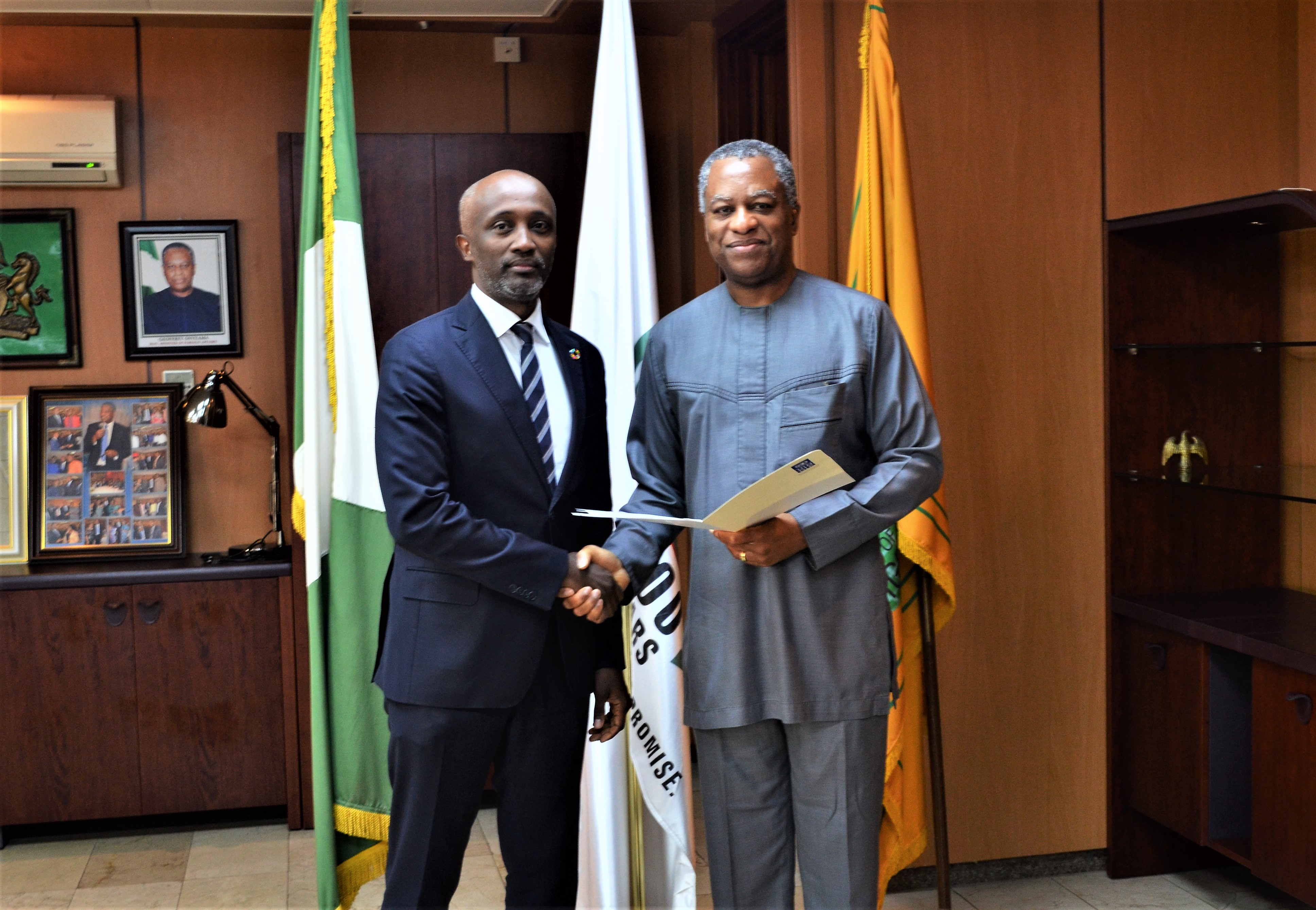 In May 2018, the UN General Assembly, through Resolution A/RES/72/2, agreed to reform the United Nations development system (UNDS) by making far-reaching changes in the way the UN development system works in order to help countries around the world in their effort aimed at achieving the Sustainable Development Goals (SDGs).

Among the changes is the separation of the functions of the Resident Representative from that of the United Nations Resident Coordinator in the country. This resolution came into effect on 1st January 2019 and since then UNDP globally has been deploying staff to Head UNDP programmes at country level.

During the presentation of the credentials, Mr. Yahya shared with the Minister what UNDP will focus on during his tenure. “Our activities will be guided by the needs of the country which have been captured in our Country Programme for Nigeria, but more also supporting the country to achieve the SDGs and responding to the security challenges in the North-East and the middle-belt.” Mr. Yahya also informed the Minister that UNDP had just launched an initiative, the Stabilization Facility, which is aimed at restoring stability and rebuilding communities in the Lake Chad region that have been affected by the Boko Haram insurgency.

UNDP will be developing a number of activities aimed at strengthening the image of the country in the region and abroad. Mr. Yahya added. “UNDP has a unique role to play as an integrator in the support the UN system renders to the country in SDGs implementation, it will be my priority to ensure that this is efficiently done,” he stated.

Prior to his appoint as Resident Representative to Nigeria, Mr Yahya served in different capacities within UNDP. He was the Africa Regional Programme Coordinator for UNDP based in Ethiopia, Addis Ababa, he was responsible for regional development initiatives in support of the African Union and Africa’s Regional Economic Communities. He has also served as UNDP’s post-conflict recovery specialist supporting UNDP interventions in Afghanistan and Liberia. Before joining the United Nations (UN), Mr. Yahya worked as a senior peacebuilding advisor for the non-governmental organisation, International Alert, with a focus on West Africa.

Honourable Minister, Geoffrey Onyeama, welcomed the new Head of UNDP to Nigeria and used the opportunity to reaffirm Government’s partnership to the programmes that UNDP will be implementing in the country. Mr Onyeama also wished Mr Yahya well in new appointment stressing that his Ministry will avail him all the necessary support during his tenure in order for both UNDP and Nigeria to succeed.