NIGERIA MARKS 2019 DAY OF THE DISAPPEARED 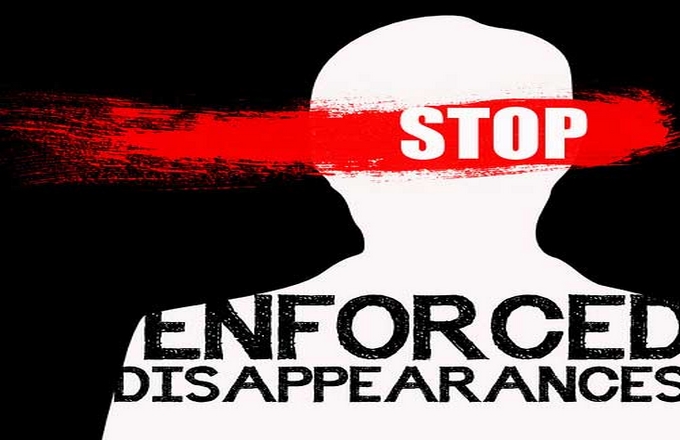 Globally, August 30th has been set aside to remember those who have disappeared. As Nigeria joins the rest of the world to commemorate the 2019 international Day of the Disappeared/Missing Persons, the National Human Rights Commission has called on relevant government agencies including individuals living in Nigeria to show support and assistance to both the victims and families of missing person who have suffered pains resulting from the unfortunate incident.

The Executive Secretary of the Commission, Tony Ojukwu Esq stated this on the eve of the Commemoration. He said “Our aim today is to remind government at all levels of the responsibility to address the issue of missing persons, and acknowledge the rights of families to know the fate and whereabouts of their missing relatives”.

Ojukwu said the Commission has observed with great concern the high number of missing persons in recent times resulting from insurgency, kidnapping, abductions, flooding, religious and communal conflicts, internal violence and disturbances. He added that there are also cases of enforced disappearance, with countless numbers of citizens who are alleged to be in the custody of law enforcement agencies or the military.

He further stated that the obligation to clarify the fate and whereabouts of missing persons implies respect for the families’ right to know the fate of relatives reported missing, their whereabouts or the circumstances of their death if they are dead. This right should be explicitly recognized for family members, he emphasized.

According to him, the Commission has been inundated with a lot of complaints about the cases of missing persons and therefore wishes to use this medium urge the appropriate authorities to take adequate measures to treat cases of disappearance and to continuously update families about the progress achieved through such procedures, until some measure of closure is achieved.

The Commission’s Boss also said the Commission has thrown its weight behind the call by the Vice President to establish a database of missing persons. The database will ultimately among other things; help to establish and update the list of missing persons, taking into cognizance the fact that institutions like the Nigeria Police have similar existing data, he explained.

Continuing Ojukwu revealed that the mandate of the Commission enables it to take initiatives that seek to support the Government in complying with its human rights obligations. The Commission has facilitated the constitution of a National Technical Committee on the Establishment and Management of a Database of Missing Persons in Nigeria (NTC) and serves as the Secretariat to the Committee “we will continue to do all that is within our power to ensure that the goals of the NTC are met and the data base of missing persons in Nigeria is established and running effectively” he said.