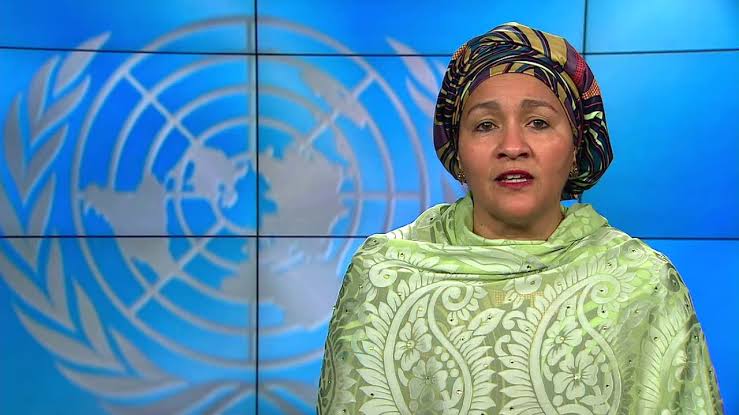 Former Nigeria’s Minister of Environment and current United Nations Deputy Secretary General, Amina Mohammed has urged the Nigerian youths to never trade their dignity for pecuniary gains which are often temporal and may even dent their images and that of their fatherland.

Amina stated this while delivering her Keynote address at the launching of Future Awards Africa 2019 in Abuja with intention to commemorate this year’s International Youth Day which was celebrated globally on 12th August.

In her words: “As young people, you are the future of this country and the world at large, therefore your Dignity must be the most important thing in any decision you want to make”.

“You must also be conscious of the fact that every of the decision you make will always have direct or indirect impacts on others whether negative or positive”.

She further advised them to be wary of looking for short cut to success and embrace hardwork, commitment and dedication as their Hallmark.

‘There is no short cut to success. It is a combination of commitment, hardwork and dedication’ she said.

She urged the youths to also be committed in creating values and making meaningful contributions to the growth and development of their country Nigeria.

‘It doesn’t matter what type passport you hold, in another country you are a second citizen but with your Nigerian passport, you are first class here and with that you can make more impacts than in any other places” she remarked.

At launching, the Future Awards Africa 2019 nominations were also declared opened. The Awards ceremony will hold later this year.