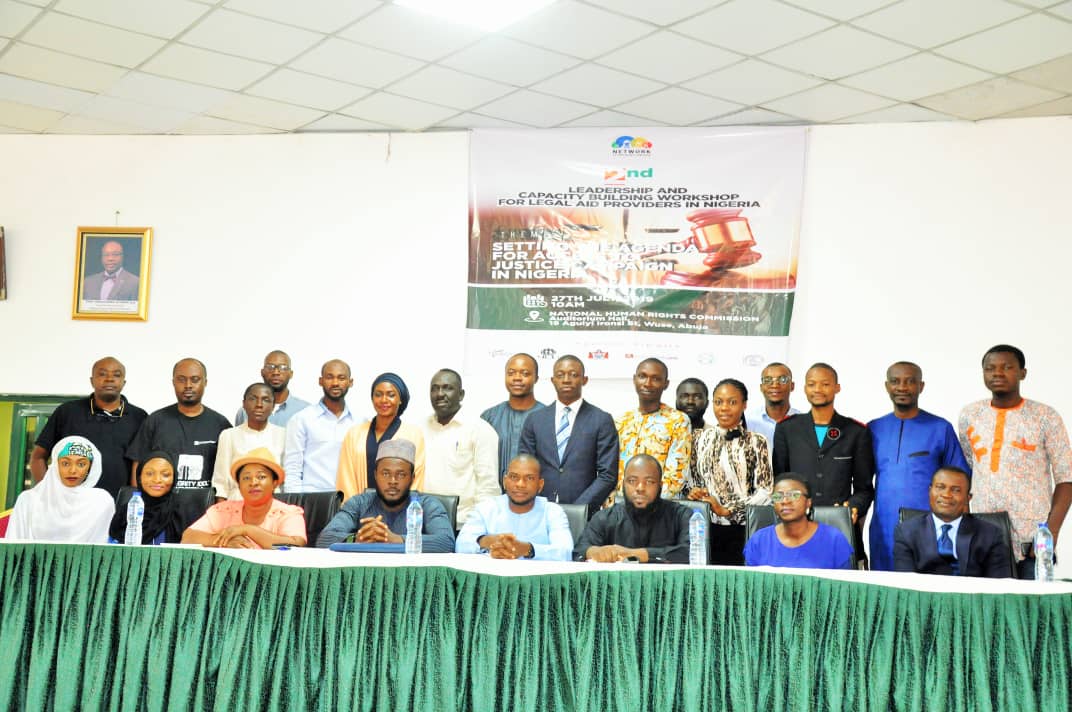 It was some ray of hope for indigent populations in Nigeria as the Network of Pro bono Lawyers formed the agenda for access to justice as the theme for the 2nd Leadership and Capacity Building Workshop held at the Auditorium hall of National Human Rights Commission Abuja on 27 July 2019.

Speaking to Journalist, the Program Manager of the Network Tony Oche Onazi noted that the alarming issues of rape, gender based violence, sexual harassment, persecution of journalist and rising number of Inmates in pretrial detention inspired the theme of the workshop.

Participants were drawn from a pool of applicants who filed in their Applications, Oche noted that selection was done in consideration of the strength of application and experience in the areas of interest.

At the workshop, the welcome address was delivered by the Executive Director of the Network, Ms. Janet Gbam, Esq. In her address she appreciated applicants for participating and applauded them for being optimistic towards the program and the cause of justice and their passion to serve humanity.

She also extended gratitude to National Human Rights Commission and Accountability Lab Nigeria for supporting the workshop and her team members: Ahmad Adetola Kazeem, Katumi Mohammed and Oche Tony Onazi for their relenting effort in sustaining the Network.

In his address he noted the imperativeness of a workshop such as this in addressing and bridging the justice gap in Nigeria. He also reiterated the Commission’s commitment to the plight of indigent Nigerians who hardly can afford legal representation.

Anthony Itedjere, Esq a human rights and Labour lawyer delivered a lecture on “Playing the devils advocate” he traced the history of the concept to Roman Catholic Church and eloquently shared some legal practice tactics with participants.

During his presentation, Majid Oniyangi, the young Magistrate and Integrity Icon shared some insightful experience at the bench serving as a Magistrate. He also shared his learned opinion on some technical issues relating to the Administration of Criminal Justice Act, 2015. Applauding the idea behind the workshop, he emphasized that Courts should have contacts of Pro bono lawyers and contact them where appropriate.

The workshop came to a close with a group discussion conducted by a Co-Founder of the Network Ahmed Adetola Kazeem and the Program Manager Oche Tony Onazi. The session birthed three areas of commitment:
1) Access to Justice for inmates in Pretrial detention
2) Press Freedom and
3) Women and Children’s Right.