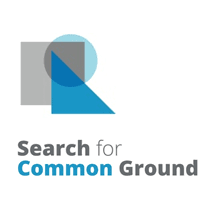 Through the development of a 10-year Peacebuilding Roadmap, critical actors in Adamawa seek to institutionalize early warning, early response (EWER) processes and to foster a sustainable approach to lasting peace and development.

Adamawa State has shown remarkable resilience since the turn of 2017, with the Adamawa State government making notable strides towards peacebuilding efforts and supporting communities to cope with the effects of the ongoing Boko Haram insurgency.

Despite these gains, Adamawa’s resilience remains fragile as the State contends with a wide variety of challenges and threats to peace, including harsh counterinsurgency measures, farmer-herder clashes and attacks, intercommunal and ethno-religious violence, political conflicts, the impact of environmental and climate change, and poverty.

These issues, exacerbated by the insurgency, breakdown community cohesion, degrade trust between communities and authorities, and result in greater instances of conflicts escalating to violence.

The strengthening of collaboration and communication between government, security authorities, and communities has proved extremely effective in improving citizen’s security in Adamawa.

“Everyone must be involved in the peace process: government, citizens, traditional institutions and their leaders, as well as religious and political leaders. We need to settle conflicts among us. As most of them affect people’s dignity at its core, mutual respect, and respect for humanity are important in our quest for peace”, said
Chief Crowther Seth, Adamawa State Deputy Governor.

The Adamawa Peacebuilding model, championed by Search and subsequently adopted by the Adamawa government and other platform stakeholders, has empowered communities to champion their own peace, identifying solutions and taking collaborative action to halt the cycles of violence.

The conference comprised a fair amount of these champions, who have successfully been able to detect early threats to peace to be addressed within their community.

“We identified the increasing rate of children dropping out of school and the growing number of exclusive faith schools as part of the early warning signs of violent extremism,” said Amina Awal, a member of the Community Security Architecture Dialogue Women Working Group.

10-year Peacebuilding Roadmap were a range of organizations, including the Centre for Social Change and Economic Development (CSCED), the International Federation of Women’s Lawyers (FIDA), the Adamawa State Agency for Peace, Rehabilitation and Reconstruction (ASAPRR), along with representatives of Search-Nigeria.

The Adamawa State Government, supported by various partners through the initiative of Search, has demonstrated a strong commitment to peace and has increased efforts to foster peaceful coexistence and to support peacebuilding initiatives in Nigeria.

”Those who love peace must learn to organize as effectively as those who love war”, said Dr. Agoso Huladeino Bamaiyi, quoting Martin Luther King, Jr. to emphasize that peace is not granted but requires a lot of dedicated work, collective efforts, and resources. Search has supported the Adamawa Government to create a key architecture for peacebuilding, including the development of the Adamawa Agency for Peace, Rehabilitation, and Reconstruction, and the establishment of a “Situation Room” during the elections, where state officials contributed office space and staff, signaling their investment in peace.

The Situation Room proved to be conclusive evidence of a sustainable EWER
mechanism by de-escalating tensions and responding to early warning signals of violence, in real time, during the general elections. However, the Peacebuilding Agency still needs technical and financial support to continue working effectively and to fully institutionalize the EWER processes.

The ensuing institutional sustainability would allow the Adamawa Government to develop and maintain its peace infrastructure to prevent conflicts, instead of being left with the sole option of addressing conflicts once they have already occurred.

“Globally over N14 trillion is being spent to address conflict. It would definitely be cost
efficient to establish lasting prevention mechanisms instead”, concludes Bernard Basason of Search.