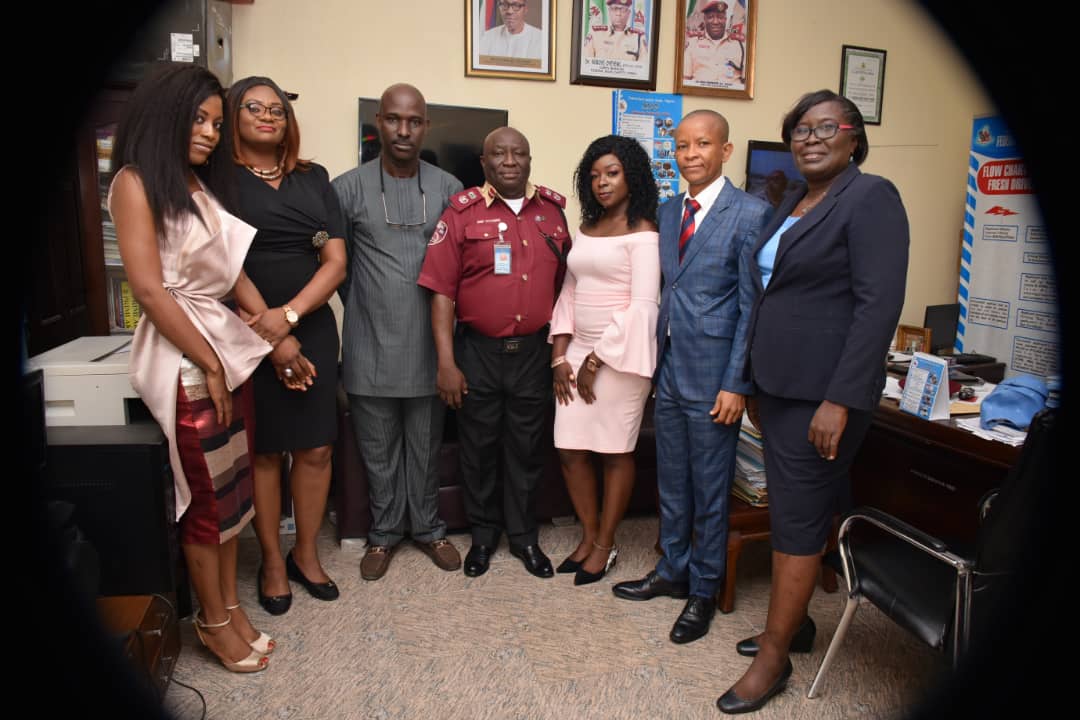 The Federal Road Safety Corps has asked the Guild of Professional Bloggers of Nigeria (GPBN) to seek areas of cooperation with the agency towards curbing deaths on our roads.

The Corps Marshal of FRSC Dr Boboye Oyeyemi made this satement when the Executive Members of the Association led by it’s President Chris Kehinde Nwandu visited him at the corporate headquarters of the Commission on Monday.

The Corp marshal said the greatest challenge facing the commission is the high rate of overloading by vehicle owners especially commercial vehicles.

Same with vehicle plate numbers which the agencies produces and issues in conjuction with the various States government.

He called on members of the Bloggers Guild to help in dissimilating the messages of safe driving to Nigerians especially indiscipline culture among drivers.

Dr Boboye said a law is being put in place pending passage by the National Assembly to jack up the money paid as fines by motorists as a deterent against bad driving culture.

Earlier in his speech,the President of the Guild Chris Kehinde Nwandu thanked the Corps Marshal for his sterling quality in leadership .

On specific note he mentioned the various measures put in place by the Corps Marshal towards boosting the morales of his staff,in the areas of welfare packages ,promotions and building of befiting offices across the various State commands of the agency across the country.

He also called for a collaborative efforts for the Guild to train Media and Public Relations officders of the FRSC in modern day online publication across it’s social media platforms .

The Corps Marshal said that the issue of training of it’s personnel on online media by the Guild would be given immediate attention and priority.