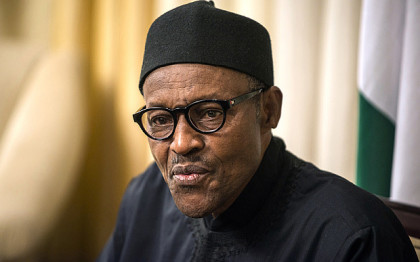 The Federal Government has said a series of strategies had already been perfected to flush out illegal lottery operators, especially those involved in Ponzi schemes, from the country.

The Permanent Secretary for Special Duties in the office of the Secretary to the Government of the Federation, Festus Dauda, gave the hint in Abuja on Wednesday while with journalists after declaring open a two-day specialised training programme organised for members of staff of the National Lottery Regulatory Commission.

He said many people fell victim of the Ponzi scammers because many Nigerians regarded lottery as gambling especially in the Northern part of Nigeria. He said the game became popular with sports betting and promotion activities embarked upon by manufacturers and mobile network service providers.

He said, “the Federal Government is doing everything possible to make sure that the illegal operators and quacks in the industry are eliminated. That is why we have empowered the regulatory commission with modern technology that would enable them to apprehend all the illegal operators and quacks with a view to prosecuting and sending them to jail.

“Lottery is bigger than the oil industry that the nation has in stock, a lot of wealth that is yet to be tapped. I believe that we should focus our energy on lottery. I also believe that if the entire citizenry are well aware of the activities of lottery and the gains that are abound in it, the sky will be our starting point and lottery will even overtake the oil industry in contributing its quota to the treasury.

“The Federal Government is trying its best to make sure that lottery gets its rightful place so that we would be able to tap into the abundant resources that are there in lottery.”

The Director-General, NLRC, Lanre Gbajabiamila, explained that his agency was committed to enforcing the laws guiding lottery in the country and would ensure that the operators complied with the regulations. He said, “We still carried out some enforcement last week and we will continue to do that. We are actually after the online operators because many of them are operating illegally.

Gbajabiamila noted that lottery had advanced in terms of technology to the extent that it could be done on mobile phones anywhere rather than going to any retail centre to play it. “The economic impact of lottery cannot be over-emphasised. Lottery is still growing, it hasn’t reached its peak yet,” he added.