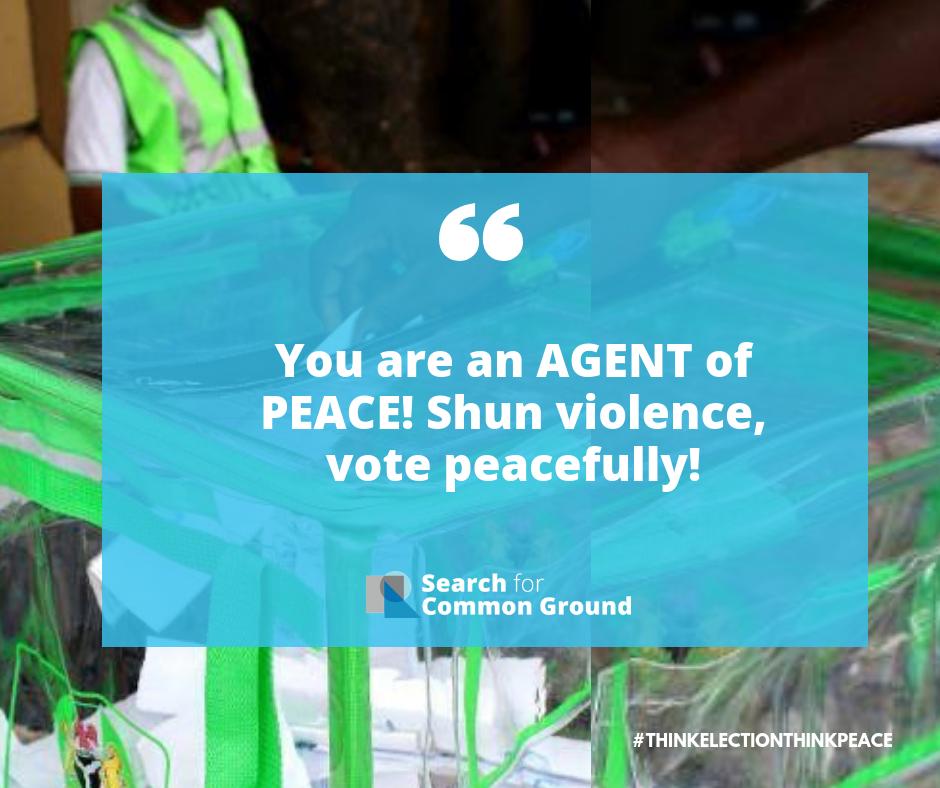 Civil Society Group and Media practitioners in Nigeria have appealed to the electorates and Nigerian citizens allow for a violence free elections as Nigeria goes to poll tomorrow.

This appeal was made in a press statement by the groups released on 22nd Feburary 2019.

The group said as Political activities in Nigeria would reach new crescendo on Saturday, February 23, 2019 Nigerians are expected to cast their votes at the rescheduled Presidential and National Assembly elections.

Some stakeholders have, however, expressed disappointments at violent situations in parts of the country on the eve of the elections.

“On Friday in Abuja, media practitioners who had been monitoring the turn of events in the political terrain, particularly since INEC postponed the elections from February 16 to February 23 called for a peaceful process to enable the country to achieve free, fair and credible elections” they said.

They expressed dismay at the spate of killings on the eve of the rescheduled elections and called on all stakeholders to sheath their swords and allow for a peaceful atmosphere before, during and after the elections.

The concerned media practitioners were also reacting to media reports on Thursday, which had it that 66 persons were killed in Zamfara villagers-bandits clash on Wednesday, 20 farmers and hunters were killed in Benue; Boko Haram murdered 18 firewood sellers in Borno; APC chairman in Imo killed while having dinner with family on Tuesday night just as two persons were killed when PDP and APC members clashed in Kwara.

The media practitioners in condemning these acts of violence enjoined all stakeholders to think about peace whenever they were thinking about elections.

They called on all actors in the political scene – political parties, politicians, the electorate, INEC and security operatives to allow peace to permeate the exercise for the betterment of the country as “there cannot be development without peace.’’

“This would be the second time in two weeks that the media practitioners were suing for peace preparatory to the polls” they said.

At a media parley facilitated by an international Non-Governmental Organisation, Search for Common Ground which had been at the forefront of seeking peaceful solutions and common ground approach to conflict situations.

The organisation assembled media practitioners from across the country in Abuja a fortnight back at a consultative meeting on ways of mitigating violence in elections.

At the end of the two-day meeting, the Nigerian media declared February 14, 2019 as the National Media Peace Day and made a declaration read by the President of the National Union of Journalists, Christopher Isiguzor.

In the declaration, the Nigerian Media enjoined all stakeholders in the electioneering process, to put Nigeria first in all their actions during the build-up to the 2019 general elections and beyond.

The media practitioners also adopted #ThinkElectionsThinkPeace as the theme of this year’s National Media Peace day.