Hate Audio Against Muslims Credited to me Misinterpreted -Taraba SSG 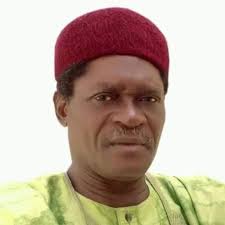 The Secretary to the Taraba State Government, SSG, Mr. Anthony Jellason on Tuesday said the hate audio credited to him that he hated Muslims was misinterpreted to tarnish his image and bring the PDP led government in the State to disrepute.

Jelasson disclosed this in a press statement in Jalingo while reacting to a Press conference by the Muslim Council of Taraba State which called for his immediate removal from office.

The SSG explained that the audio emanated from his conversation with one Sadiya, a Hausa singer who approached him to compose a song to promote him and the State Government at the campaigns.

“The said audio was manipulated out of mischief to tarnish my image. One Sadiya (a Hausa singer) approached me to compose a Hausa song to promote me and the government of Taraba and my response which is not captured in the audio recording from the beginning was that I don’t like Hausa Music for campaigns.

“What I said and which I still maintain is that I am not vying for any political position, but I would however, prefer a song in Mumuye language to project the achievements of my Principal, Gov. Darius Ishaku.

“The reason is that majority of my tribal people, Mumuye could listen to and appreciate the Rescue Mission achievements of the government better if the song is in their local language,” he said.

Jellason noted that by virtue of his position in government and his cultural, religious and social background, he would not have possibly said he hated Muslims.

“I believe that promoters of hate speech who are desperate to drag me into unnecessary controversy have misinterpreted “I don’t want Hausa Music” to mean “I hate Muslims”.

“I have Muslims in my family (blood relations) and I have, over the years built bridges across ethnic and religious lines.

Jelasson said he believed the incident was the handiwork of opposition elements who were afraid of defeat in the forthcoming elections and were desperately looking for ways to drag him into controversy.

The said audio recording against Muslims credited to the SSG had gone viral on social media in the last few days.