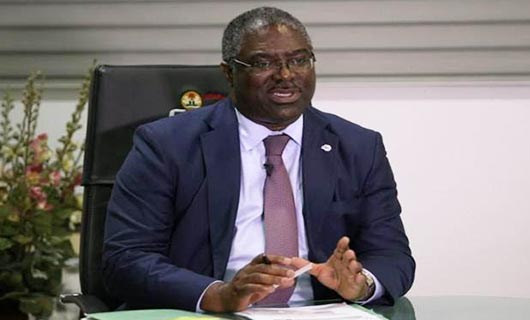 The Federal Inland Revenue Service has appointed Sterling Bank Plc as a collecting agent to recover taxes from 2,933 defaulting companies.

This was disclosed in a letter signed by the Chairman, FIRS, Mr Tunde Fowler, and addressed to the Managing Director/Chief Executive Officer, Sterling Bank, Abubakar Suleiman.

The letter, which was obtained by our correspondent, was titled, ‘Letter of substitution appointing your bank as collecting agent and notice for release of bank statement and other financial records of the following attached companies.’

In the letter, the tax agency informed the bank of the failure of 2,933 listed companies to comply with provisions of the tax laws by not paying taxes due to the FIRS.

The letter read in part, “Pursuant to my powers under Section 49 of the Companies Income Tax Cap C12 LFN 2004 as amended and Section 31 of the FIRS (Establishment) Act No. 13 of 2007, I hereby appoint your bank as a collecting agent for the full recovery of the amount displayed on the attached schedule payable to the FIRS.

“In this regard, you are required to set aside the aforesaid sum and pay same to the credit of these attached companies in full or partial amortisation of its aforesaid tax debt. This should be done prior to the execution of all or any related transactions involving these companies or any of its subsidiaries.

“I further request that the FIRS be informed of any transactions prior to execution on the accounts, especially the transfer of funds to or from offshore or local accounts of these companies or any of its subsidiaries. Only on my authority should such transactions be exited.”

The FIRS also requested the bank to forward to it, within 72 hours, the receipt of the appointment letter, detailed bank statements and financial records for the attached companies and/ or any of its subsidiaries, holding accounts with the bank.

“You are also to provide records of all principal officers related to any of these companies. The statement should cover the period from the date the accounts were opened to the date of receipt of this notice,” it stated.

The FIRS also informed the bank that failure to comply fully with the notice was an offence punishable under the various tax laws and the criminal code.