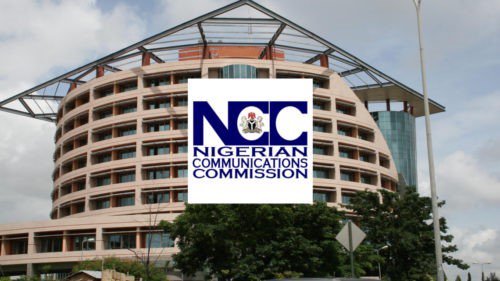 Following the recent hiccup in the conclusion of the Teleology takeover of Nigerian telecom company, 9Mobile, regulatory body, the NCC has decided to step back into the matter.

The regulator is looking to avoid a breakdown in the transition process falling the sale last November.V

9mobile’s troubles may not be over yet, as Adrian Wood and Teleology Holdings move to withdraw from the takeover deal. But the situation isn’t as serious as it looks.

Speaking over the weekend, NCC boss, Umar Dandatta said he would do all he can to resolve the crisis in the struggling telecom company. He said his decision is hinged on a need to protect both customers and investors.

“The bone of contention is between Teleology Holdings Limited and Teleology Nigeria, over some disagreements, but as a regulator that is both customer and investor-centric, we have set up some measures to resolve the issue between the two parties.

What’s Going On At 9Mobile and Teleology Holdings?

According to recent reports over the last few days, the preferred bidder and eventual winner of the 9Mobile sale, Teleology Holdings, is on the verge of pulling out of the deal. Initial reports suggest that several internal issues have dogged the takeover attempt since it was concluded in November 2018.V

The issue is actually between Teleology Holdings and its local venture partner, Teleology Nigeria. And this has brought to light some very interesting and previously unknown facts.

Importantly, it appears the true owners of 9Mobile is actually Teleology Nigeria, a “fully registered indigenous company”, and not Teleology Holdings. Meanwhile, Teleology Holdings, the main company fronted by Adrian Woods, is only a minority shareholder following the conclusion of the 9Mobile sale. One source says Teleology Holdings holds just 13% equity in the company.

And as it turns, Teleology Holdings alleges that the current management of 9Mobile (Teleology Nigeria) has been sabotaging its plans following the deal. It claims that its partner has taken some actions outside of the business plan both parties agreed in November.

One notable “sabotage” was the Teleology Nigeria’s decision to block a proposed management services contract. The contract was expected to bring in experts who could help the struggling telco realize the new business plan.

But Teleology Nigeria alleges that was a fraud. It accused the Adrian Woods’ Teleology Holdings of going against due processes and standards of operation.

Teleology Nigeria also accused Woods’ Teleology Holdings of failing to remit the $600 million for its 13% ownership of 9Mobile.

Now this raises further question, as the 9Mobile sale was rumoured to cost around $300-$500 million. So why should a 13% equity stake cost $600 million?

Importantly, his pullout puts the $50 million cash deposit he paid during the 9Mobile sale at risk, sources say. His exit may also require Teleology Nigeria to change its own name perhaps.

We sincerely hope that the interest of the average user is protected after all.