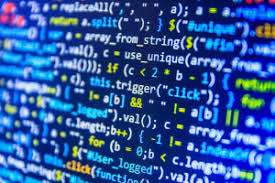 Do you have to know English to code? 4 days ago, I would have said, yes. But just this week, I stumbled upon Yorlang, an esoteric programming language designed to write small programs using Yoruba language constructs. That has transformed my view.

Imagine having to programme in my native/primary language that I can easily relate with. Like saying the popular programming statement “Hello World” in Yoruba. That would be “Ba wo ni aye.” Or the import statement to be “Gbewole.”

Yes! that’s what Yorlang is providing. A simple, yet amazing programming language, it allows programmers carry out basic programming operations in the Yoruba language. It’s touted to be the first of its kind.

Yorlang was created by Anuoluwapo Karounwi, a computer science graduate of the Federal University of Agriculture, Abeokuta (FUNAAB). It is an academic language for those who want to learn how to write xml/html parsers, preprocessors, languages and others with something they can easily relate with.

“So I started writing it (Yorlang) during my sick leave from work. Someone on a tech group I’m on thought it would be cool to do something. I agreed, so I started building it,” Anuoluwapo said.

“So with Yorlang, programmers can have an easy source code to reference that shows you how to write anything that looks like a programming language e.g xml/html parsers, preprocessors, languages and what have you… for those who want something they can easily relate with in their mother’s tongue so as to aid their learning process,” Anuoluwapo continues.

Yorlang allows you to say the popular programming statement “Hello World” in Yoruba – to be “Ba wo ni aye”.

This is providing a fun learning environment, which in turn aids the user’s learning process.

A current software engineer at Konga, Anuoluwapo delved into the world of coding in 2012 but took a break from it because he found it “daunting at the time”. He returned back to coding fully in 2014 and has since found solving problems interesting which in turn fuels his desire to code.

Moving forward, Anuoluwapo hopes to make the project object-oriented as well as allow it to process http requests.