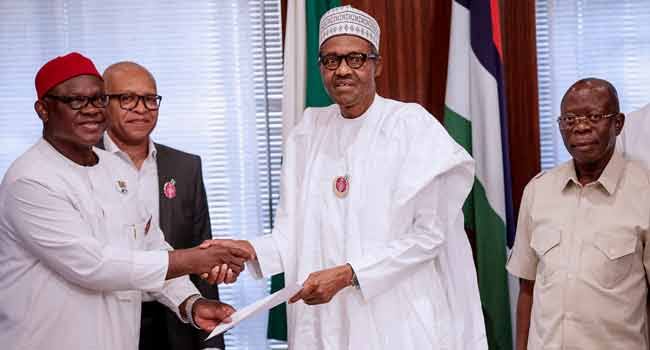 The United Progressive Party (UPP) has endorsed President Muhammadu Buhari as its presidential candidate for the 2019 general election.

It also said that it would deploy its ward, local council and national structures to aggressively campaign for Buhari’s victory beyond any iota of doubt.

The party’s National Chairman, Chekwas Okorie, said this yesterday while briefing newsmen at the national secretariat of the party at Wuye, Abuja.

“After a painstaking evaluation of all the options and in consideration of the sincerity, uprightness and credibility of President Muhammadu Buhari, which he has brought to bear in his approach to governance for the past three and half years, the National Working Committee (NWC) of the party, acting on behalf of the National Executive Committee (NEC) after extensive consultations with all stakeholders in the party, wish to announce that President Muhammadu Buhari has been endorsed and adopted as our presidential candidate for the 2019,” he said.

In a similar vein, a group, Good Governance and Transparency Initiative (GGAT), has hailed Buhari for his development plan for Nigeria.

The group said Buhari/APC’s “next level’ policy document unveiled on Sunday was an indication that Nigeria is surely heading for the desired level under the current government.

National President of the group, Dr. Emerald Nzeribe, stated this during a press conference yesterday in Abuja.

“We can confidently say that Nigeria is really now on the path to full recovery and growth after several years of plundering by previous governments.

“It has always been our belief that to appreciate where we are now and how much progress we have made as a nation in the last three and a half years, we must always take cognisance of where we were before May 2015.”

Meanwhile, Chairman of Forum of the All Progressives Congress (APC) Governors and the Governor of Imo State, Rochas Okorocha, has urged all members of the APC in the state to ensure that they give Buhari total support by casting their votes for him to be re-elected in next year’s general elections.

He disagreed with the people who are accusing the President of being behind the change of names of candidates submitted to the Independent National Electoral Commission (INEC) and published recently.

141 thought on “UPP endorses Buhari as Presidential Candidate for 2019”