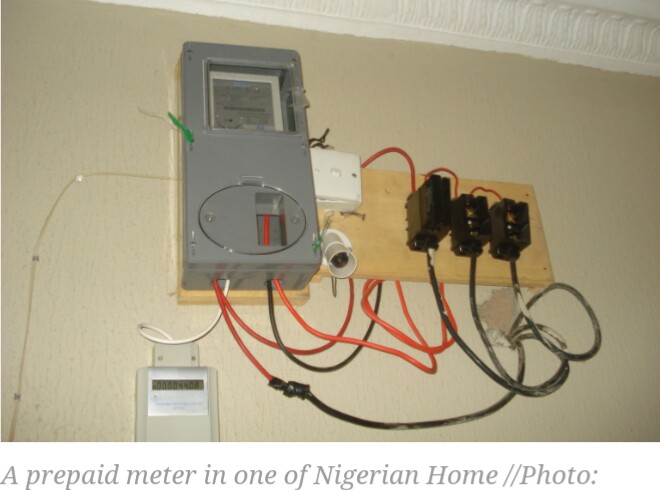 The Nigerian Electricity Regulatory Commission (NERC), says the recurring complaints by its customers on estimated billing is due to low metering status in the sector.

Dr Moses Arigu,the NERC Consumer Affairs Commissioner, made the remarks during the inauguration of Customer Complaints Forum Office on Sunday in Osogbo.

Arigu said the present metering gap in Ibadan Distribution Company (Disco) alone was about one million when compared to its total customer size of over 1.6 million, representing 60 per cent deficit in metering.

According to him, between January and September, Ibadan Electricity Distribution Company (IBEDC) has received 1,275 complaints from Osogbo and its environs, majorly on voltage and billing issues.

Arigu, however, said that NERC had introduced measures to accelerate metering through the Meter Asset Provider(MAP) 2018 and also close monitoring of electricity distribution companies meter roll out plan.

He also said that Ibadan disco had commenced the procurement of Meter Assets Provider with the implementation of meter roll out plan in accordance with agreement signed with government under the privatization programme.

According to him, with this arrangement, an average of about 217,611 meters will be injected into Ibadan disco network annually over the next five years.

He said it was expected that the present metering gap in the region would be closed within the next three years, using MAP regulation and meter roll out plan.

Arigu added that Ibadan disco was licensed to market and distribute electricity in Kwara, Ogun, Osun, Oyo and part of Ekiti, Kogi and Niger States.

He said that inauguration of the forum was one of the 28 offices in the country to promote the interest of the electricity customers and enhance a better relationship with the electricity operators.

“This is significant as it signifies the responsiveness of the commission to address the needs and challenges of residents in the state with regards to complaints resolution related to electricity supply in Osun and the country generally.”

Mr John Ayodele, IBEDC Chief Operating Officer, urged the public to use the forum to settle their complaints, but warned against hostility to its staff.

Aregbesola, who was represented by his Commissioner for Works, Mr Kazeem Salami, said his administration had spent close to N3 billion in the purchase and distribution of transformers across the state.

The governor said this was done to promote socio-economic activities as well as to reduce rural-urban migration due to lack of electricity.