#FCDAMustPay: Families in despair, rendered Homeless due to Unlawful Demolition by FCDA! 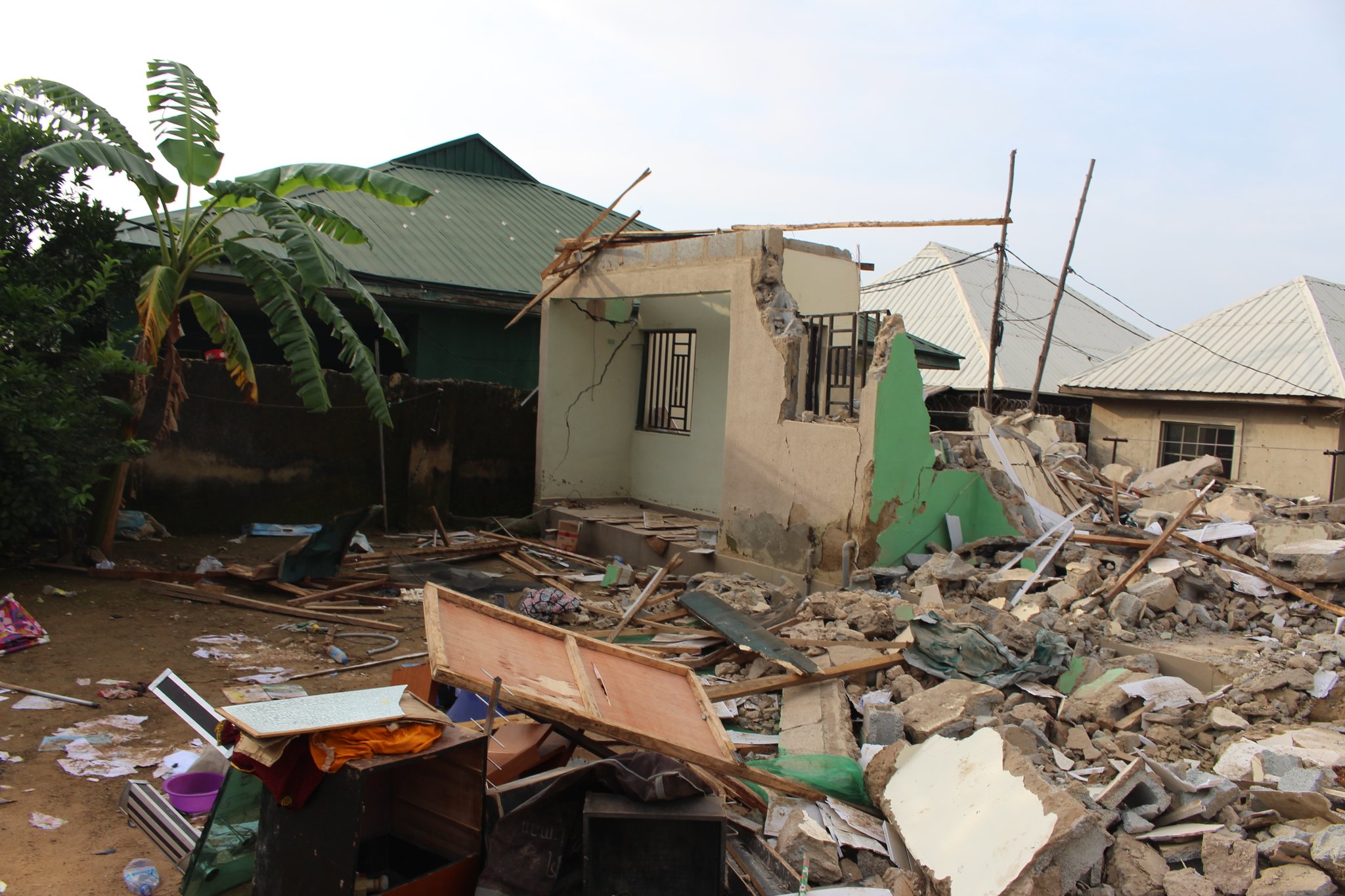 This horrific development, has in last couple of days, led to the use of hashtags such as #FCDAMustPay, #Justice4GoodluckFamily, #End2FCDAUnlawfulDemolition by concerned Nigerians and has generated a lot of reactions by the social media users particularly on Twitter demanding for justice for these families.

One of the affected families, Mr GoodLuck Omoh, a pioneer logistics staff of ActionAid Nigeria who despite having his land documents had his beautiful home demolished in a horrific manner said it was a gross violation of his fundamental Human Rights as a law abiding citizen of this country.

Omoh, until the demolition has lived on the property with his family in Dutse Alhaji, FCT and leased out other flats of the building.

Speaking to news men, Goodluck who is close to retirement having worked in ActionAid Nigeria for close to 20years, insisted he has all the proper documentation with approval number given to him by FCDA before the completion of property.

“I followed the right process, did proper documentation before acquiring this property and I was given an approval number”

“This home is all have got! All I have ever worked for has just gone down the drain” he cried out!

According to a tweet made yesterday by Jerry Omoh, one of the sons of Goodluck Omoh, it shows the approval number for the landed property by the FCDA. Click on tweet below: 👇👇👇👇

This tweet has however caused several reactions by the social media users seeking justice for these affected families.

Reacting to same tweet, Aisha Yesufu, Co-Convener of Bring Back Our Girls and Human Rights Activist also lended her voice asking Department of Development Control to be ready to pay for the damages.

28 thought on “#FCDAMustPay: Families in despair, rendered Homeless due to Unlawful Demolition by FCDA!”