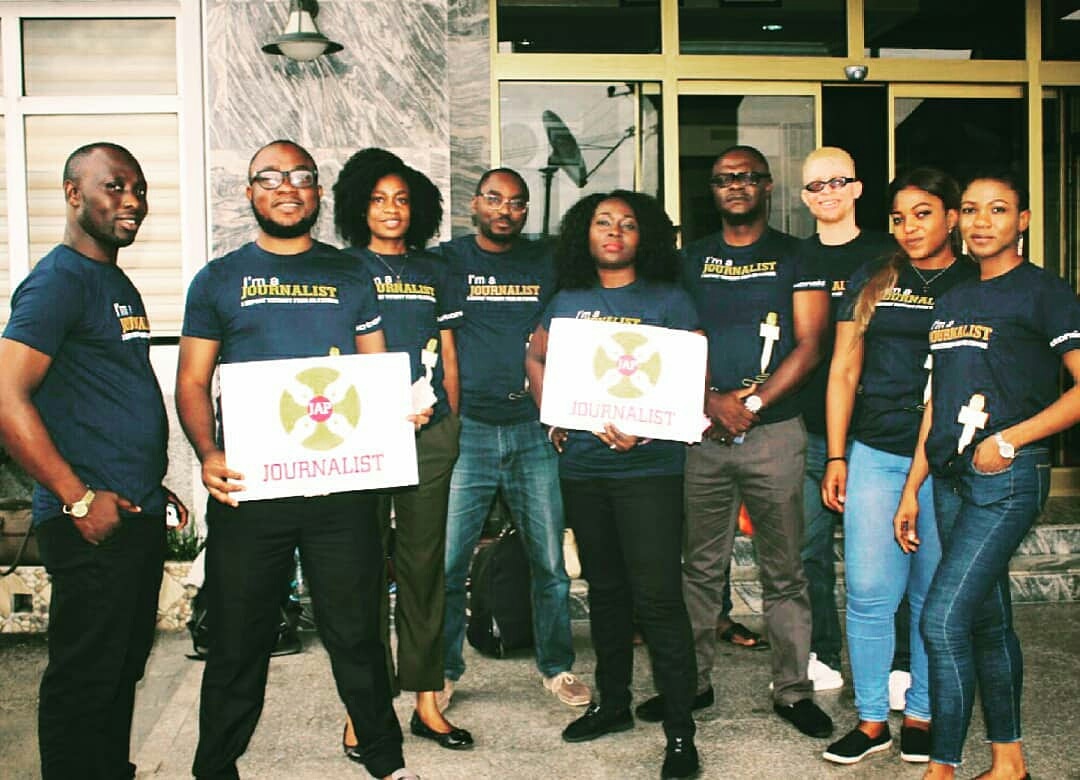 Journalist Against Poverty (JAP), a group of resilient Nigerian journalists in collaboration with ActionAid Nigeria and Communication and Social Impact (CSSI) have jointly issued a communique reiterating their joint commitments toward the fight against poverty and corruption in Nigeria.

The communique which was released yesterday on Wednesday, 17th October was aimed at creating more awareness amongst the Nigerians in stemming the hydra headed corruption and poverty that have eaten deep into the nation’s socio-economic and political fabrics thereby causing major developmental setbacks in the country.

Read the communique Below:

A Communiqué released by Journalist Against Poverty (JAP) Initiative after a 2 Days training on Investigative and Corruption Reporting, Supported by the Strengthening Citizen Resilience Against Prevalence of Corruption (SCRAP-C) Project, a consortium led by ActionAid Nigeria and funded by DFID, held in Uyo Akwa- Ibom , 8th-11th 0ctober 2018.

Introduction
Journalists Against Poverty (JAP) Initiative is an independent membership-based network of journalists who are united by the objective of reporting developmental issues and amplifying voices of vulnerable groups with the aim of contributing to the achievement of social justice in Nigeria. The group has an established partnership with ActionAid Nigeria, and the Upright4Nigeria Campaign which aims at promoting anti-corruption and social justice nationwide.
After its extensive training for journalists across Nigeria’s broad media spectrum, JAP Initiative has observed several issues needed to be tackled to drastically reduce the increasing rate of poverty and exclusion of the poor and vulnerable in the society.

A recent report released by Bill and Melinda Gates Foundation indicates that unless something is done urgently, Nigeria and the Democratic Republic of Togo will house 40 per cent of the world poorest people by 2050.

The recent United Nations Development Index ranked Nigeria 157 with a life expectancy of 53.9 per cent.

Issues
Considering the fact that about 70 per cent of Nigerians live below the poverty line with increased infant and maternal mortality rate, JAP Initiative at the end of a 2-day training held in Uyo, Akwa Ibom on budget tracking, tackling corruption, investigative reporting, reducing poverty and social injustice, identified need for the government to do more in order to tackle these critical issues which have continue to aggravate the current poverty levels in the country.

JAP Initiative also seek federal government’s commitment towards strengthening relevant anti-graft institutions to sustainably win the fight against corrupt practices. Sadly, corruption continues to put millions of poor Nigerians as victims of this vice.
Security is considered primary responsibility of the government with complementary supports from the general public. JAP Initiative is however concerned at the state of insecurity in the country especially crisis in the middle-belt which have left millions of people homeless without livelihood, and on the verge of starvation. These deserve urgent and strategic attention.

JAP INITIATIVE wants government to promote press freedom in line with the principles of democracy, the right to free speech and suspend wilful disdain towards investigative journalism as enshrined in the 1999 constitution as amended.

Recommendations
1. JAP Initiative calls on Journalists nationwide to focus on reportage promoting human and social development at all levels.

5. JAP Initiative calls for collective efforts of all stakeholders in promoting accountability and social justice