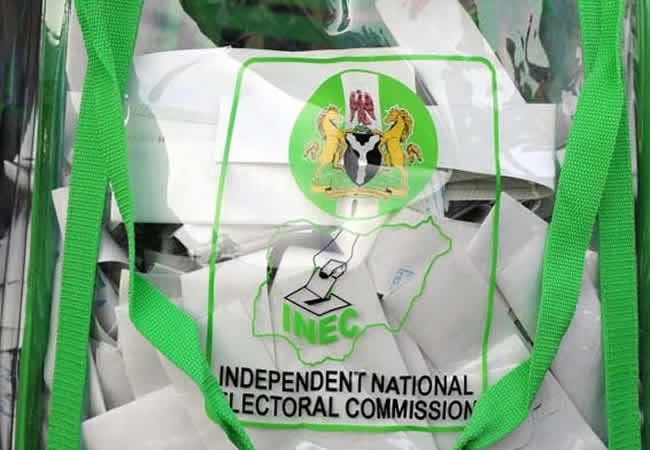 PDP has made this known to the public yesterday in a Press Release by its National Publicity Secretary, Kola Ologbondiyan.

Read  the Statement Below :

The PDP insists that the process was conclusive and that its candidate, Senator Ademola Adeleke, who won a total of 254, 698 votes, is in clear lead and should be immediately declared winner by INEC, having met the requirements of the 1999 Constitution (as amended).

Section 179 (2) (a)(b) of the 1999 Constitution, (as amended), is clear and very unambiguous in spelling out the conditions for returning a candidate to the office of governor of a state.

This section states inter-alia, “A candidate for an election to the office of Governor of a State shall be deemed to have been duly elected where, there being two or more candidates – (a) he has the highest number of votes cast at the election; and (b) he has not less than one-quarter of all the votes cast in each of at least two-thirds of all the local government areas in the State.

The declaration of the election as inconclusive, by INEC is therefore a sordid robbery of the franchise of the people of Osun State, who participated in the election.

It is obvious that having failed in their schemes to alter the final results due to the resistance of the people, the APC had to bear pressure on INEC to declare the election inconclusive so as to pave way for the perfection of their manipulative schemes, which the people of Osun state have firmly resisted so far.

Instead of yielding to the evil machination of the APC, INEC should have summoned the patriotic courage to immune itself and end this needless controversy by returning the PDP and declare our candidate as the winner.

It is instructive to state that the PDP will no longer accept inconclusive elections as subterfuge by the APC attain its dubious electoral manipulative schemes in our nation.

The people of Osun state and the entire nation are already aware that the PDP won this election. They have the authentic figures from the polling units and know the candidate the voters prefer.

The people by their votes, have overwhelmingly declared for our candidate and we are not ready to accept any attempt by anybody to use any means whatsoever to steal our mandate freely given by the people.

The PDP is for peace, but we will not hesitate to use every force available in a democracy to face any attempt to subvert the will of the people or rig us out in this election.

The PDP therefore charges the Chairman of INEC, Prof. Mahmood Yakubu to avoid the fury of the people by immediately reversing this fraudulent decision of the Resident Electoral Commissioner and declaring our candidate the winner of the election. Anything short of this is definitely not acceptable to the PDP and the people of Osun and it is a direct recipe for crisis.

Finally, the PDP cautions INEC and the APC to note that the game is up. The people of Osun state have decided in favour of the PDP and that has become a fact that can never be altered.