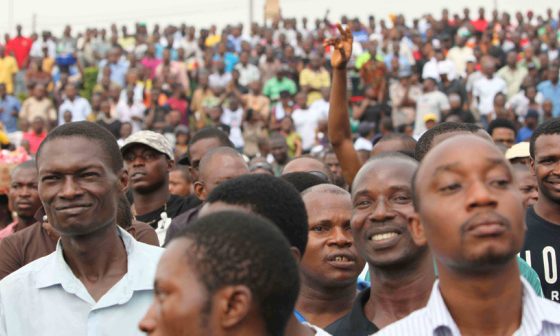 Ahead of the 2019 general elections, Project-2019, a civil society organisation, on Sunday urged youths to form political alliances to compete favourably with some political parties that could not accommodate them due to high nomination fees.

The Convener of the group, Wale Ogunade, told the News Agency of Nigeria in Lagos that the high nomination fees would impede youth participation in politics.

According to him, the high nomination fees will make the “Not-Too-Young- to-Run’’ Act ineffective.

Some major parties such as the All Progressives Congress Presidential Nomination forms cost N45 million, that of the Peoples Democratic Party is N12 million, while APC governorship form goes for N22.5 million and that of the PDP costs N6 million.

He said: “It is a known fact that political parties in Nigeria don’t run on subscription. They depend on voluntary donations from people and through the sale of forms whenever there is an election to get money to run their affairs.

“’The hike in fees this time around is also an attempt to discourage the youth. How many youths can afford the payment of such outrageous fees in Nigeria?

“Obviously there is no youth that can have that kind of money even if it’s sponsored by a money bag somewhere, apart from the nomination fee; he has to fund his campaign.

“So, I don’t see any of these strong political parties accommodating youths.”

Ogunade implored youths not to be discouraged about the high fees but utilise the platforms of other political parties, especially the newly registered ones.

He said: “Aspiring youths can look at one or two other platforms that exist out of the 91 political parties; I can assure them that they have close to 80 parties to choose from.

“Let’s assume that there are five strong political parties, take away the five, they still have over 80 parties, let them try their luck.

“Most of these new generation political party will not charge so much, may be as much as N20,000 for their nomination form.

“And definitely there are some political parties that are ready to allow some contestants to run on their platform for free because they want to encourage them.

“But you have to be popular before you can seek the people’s mandate through a political platform. It’s about your popularity because people still vote people not party.”

Another saving grace is for the youth to form their own alliances, build their own political structures and come out on their own new political platform.

He said: “These new generation political parties can for a merger to express themselves and compete favourably with the few strong parties.

“If they are lucky and able to campaign to convince the people, they can get enough votes and they will have the day come 2019.”