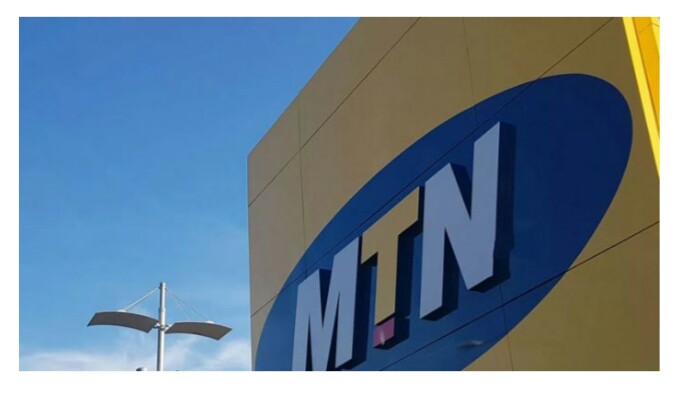 As the fines imposed on four banks by the Central Bank of Nigeria (CBN) and its directive to MTN Nigeria to refund a total of $8.134 billion over illegal capital repatriation continue to generate concerns, the Central Bank is being advised to properly investigate MTN payments and to look deeper into the telecoms company operations.

A former Senior Executive at MTN Nigeria, who spoke with THISDAY on condition of anonymity, because of the non-disclosure and non- compete clauses of his termination benefits, claims “there was a lot more with the payments than the MTN and banks want us to believe calling for a forensic audit” that would uncover much more. He also chided the financial institutions involved in the matter over what he described as their failure to adhere to the Know-Your-Customers (KYC) policy of the apex bank.

The CBN had last Wednesday slammed a fine of N5.87 billion on four banks over the violation of extant laws and regulations of the Federal Republic of Nigeria, including the Foreign Exchange (Monitoring and Miscellaneous Provisions) Act, 1995, and the Foreign Exchange Manual, 2006. The highest fine of N2,470,604,767.13 was slammed on Standard Chartered Bank, while Stanbic IBTC Nigeria was fined N1,885,852,847.45.

Also affected was MTN Nigeria, which the CBN directed to immediately refund $8,134,312,397.63, which was illegally repatriated by the telecoms company, to the coffers of the bank.

MTN Nigeria has since denied any wrongdoing. Stanbic IBTC Bank on Friday officially responded to the allegation, saying amongst others that Stanbic was not aware “at the relevant time that the affected investors in the MTN Private Placement had obtained foreign exchange loans from local banks for the purpose of their investments,” adding that in any case, it was not mandated by law to investigate whether an invested fund is borrowed or not but rather was obliged to ascertain that an investor had transferred the necessary funds to the stipulated accounts which the former MTN executive “said was contrary to the KYC policies of the CBN.” He went on to make explosive allegations , which THISDAY could not immediately confirm at the weekend: that of the original $402million investment upon which the $8.1Billion profit was remitted over a few years, a sizable chunk was treated in the books of MTN as “equipment finance”. He asked which equipment finance? By whom? Who invoiced MTN? Are the vendors related parties? Are the vendors owned by MTN Directors? Why were some of the remittances of profit made to tax havens instead of to MTN headquarters accounts in South Africa? Who were the ultimate beneficiaries?

Responding to THISDAY inquiry last night, MTN said, “The allegations are false and based on completely false information. Please, refer to the statement we issued during the week as we have nothing new to add.”

But the MTN deep throat who spoke with THISDAY, alleged that the capital inflow the telecoms company claimed to have brought into Nigeria as equipment finance were “over invoicing”.

The source insisted, “The invoices from the transactions were from third parties and sub-companies related to some of MTN directors. Some of the invoices were not directly from MTN itself.”

The source pointed out that the banks that aided MTN in the alleged illegal repatriation of funds that were hanging onto technicalities and claiming not to be aware of any infractions by MTN should “be asked what happened to the KYC rules in Nigeria’s financial system.”

He said investors in the MTN Private Placement, which took place in February 2008, obtained foreign exchange loans from local banks for the purpose of investment in the telecoms company, only for them to subsequently repatriate foreign exchange as though they were foreign investors for FX which they sourced from Nigeria, at the official exchange rate. In plain language, investors took dollar loans from Nigerian banks to invest in MTN and eventually repatriated the money out of the country as if they were part of the capital importation originally, he said.

As part of the central bank’s efforts to enhance the quality of the banks, it had undertaken a review of the country’s prudential guidelines, which emphasise KYC. The objective of KYC guidelines is to prevent banks from being used, intentionally or unintentionally, for criminal activities or money laundering activities. This also enables the financial institutions to better understand their customers and their financial dealings as well as manage their risks.

The CBN guidelines require all banks to comply with the Anti-money Laundering Act and identify any third party in the use of the correspondent banking services (i.e. in case of funds payable through accounts).

The source said, “Most of the monies MTN took out were not sent to MTN accounts in South Africa. Rather, the monies were sent to sub-accounts in Mauritius, other safe havens,” wondering, “Why was this so? Why did those invoices not come from MTN directly? If the federal government engages forensic auditors, it will find out that some of the monies didn’t go directly to MTN.”

Providing more insights on the matter, another source who was privy to the transaction explained, “MTN Nigeria brought in $402 million and said about $350 million of that was equity and the balance was loan and Standard Chartered went ahead to issue CCIs for the equity.

“Now, when they published their accounts in 2007, the CBN found out that MTN had re-classified it by then, saying out of the $402 million, only $2.9 million was equity, while $399 million was loan. Meanwhile, CCIs had been issued for $399 million.

“That means, firstly MTN provided false information”. Thereafter, MTN decided through its banks to say that $399 million, should now be converted from loans to preference shares. And CBN at the time under Lamido Sanusi, then agreed to give MTN approval in principle on the agreement that the telecoms company must comply with certain conditions.

“But without complying with those conditions, they went ahead with their banks and converted that loan of $399 million with which they remitted $8.134 billion in profit over six years, without CBN’s further approval or compliance with the original conditional approval.”

Continuing, the sources further alleged: “Probably, when MTN was bringing in the equity, they borrowed the money from abroad and when it was time to payback the loan, they got local banks to give them the loan as Naira and repatriated the FX Under the CCI’s.

“MTN is a South African country and the whole world knows that the country has a very strong forex regime and they can’t try what they did in Nigeria in their country.”

The CBN’s findings on MTN Nigeria had shown that shareholders of the company invested the sum of $402,590,261.03 and made a whopping after tax profit of $8.1billion (twenty times its original investment), in the company from 2001 to 2006 and the investment was carried out through the inflow of foreign currency cash transfers and equipment importation, which was evidenced by the Certificates of Capital Importation (CCIs) issued by Standard Chartered Bank (SCB), Citi Bank (CB) and Diamond Bank.

Meanwhile, the plan by MTN Nigeria to list on the Nigerian Stock Exchange in an initial public offering this year is now under threat following the development, Reuters reported yesterday.

“It will affect our timelines and key events,” said one of the people familiar with the matter, who did not want to be named. The source said the development meant the IPO prospectus that had been prepared would have to be altered.

But analysts say MTN was a reluctant IPO candidate anyway and “would use this a excuse to pull out or postpone the IPO” as they are adverse to having regulators looking deeper into their books as required for public companies.

Meanwhile, Nigerian banks are set to hold a regular meeting soon at which they will discuss the fines and refund and seek ways to “engage government and regulators to resolve the issue,” according to Access Bank Chief Executive Herbert Wigwe, Banking Leader of the Bankers Committee, given the systemic impact an MTN failure could have on the financial sector if this is not properly managed