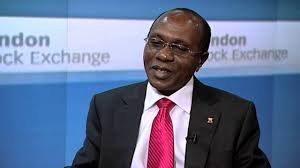 In another major round of interventions, the Central Bank of Nigeria (CBN) on Thursday, August 23 and Friday, August 24, 2018, injected a total sum of $543.22 million and CNY 63.21 million into the inter-bank foreign exchange market.

At the Thursday’s trading, the Bank offered the sum of $100,000,000 as wholesale interventions and allocated the sum of $55,000,000 to the Small and Medium Enterprises (SMEs) forex window.

Also, the invisibles window, which caters for customers requiring forex for Business/Personal Travel Allowances, tuition and medical fees, among others, received $55 million.

Similarly, on Friday, August 24, 2018, the Bank injected the sum of $323.22 million into the interbank retail Secondary Market Intervention Sales and sold a total of CNY 63.21 million in the spot and short-tenored forwards, arising from bids received from authorized dealers.

The CBN spokesperson, Isaac Okorafor, who confirmed the figures, said the Bank remained committed to maintaining the country’s external reserves to safeguard the international value of the Naira in line with the Bank’s mandate.

According to him, the Bank’s management of the forex market had entrenched transparency in the market and continued to strengthen the value of the naira against other major currencies of the world.

On the sale of Chinese Yuan (Renminbi), Mr. Okorafor disclosed that it was in line with the CBN guidelines, which stipulate that it would be for the payment of Renminbi denominated Letters of Credit for agriculture as well as raw materials.