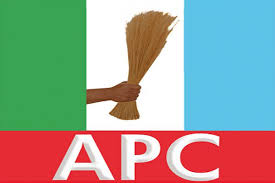 This is coming weeks after president Muhammadu Buhari’s aide on National Assembly matters Ita Enang urged federal lawmakers to cut short the annual recess in order to attend to urgent national matters including the budget for the 2019 general elections.

However, Senate committee leader on Power and steel, Eyinnaya Abaribe, Thursday, said the call by Presidency for the Senate to reconvene was “unnecessary” and a bid to blame the Senate.

Nabena, in the statement, said the sanctity of the nation’s electoral system was being threatened by an alleged plot to frustrate the efforts of the Executive, particularly INEC in the run-up to the polls in 2019.

The party also accused the Peoples Democratic Party (PDP) and the Senate leadership of an attempt to hide under the Electoral Act Amendment Bill, in order to draw attention away from the reconvening of the National Assembly.

The party said, “The Electoral Amendment Bill passed by the National Assembly is alive and awaiting assent.”

“However, assent to bills in all democratic governments reflects the prudence and discretion of the President in balancing the powers of key constitutional bodies and understanding the concerns of the executive,” it added.

Recall that, the Senate president Bukola Saraki and Speaker, House of Representatives, Yakubu Dogara on Tuesday said they refused to reconvene the National Assembly because the joint committee on electoral matters has not met with officials of INEC.

INEC on Wednesday presented the budget to the House of Representatives Committee on Electoral Matters and Political Parties Matters.

The APC asked Nigerians to speak up and ensure that the federal lawmakers perform its duties in accordance with the provisions of the Constitution.

It also called on the civil society and international community to condemn the “ongoing travesty and legislative rascality being perpetuated” by some individuals.

The APC expressed confidence that the success recorded so far by the Buhari administration would earn the party the victory it deserved in 2019 general elections.

“The PDP has realised that the 2019 elections have been won and lost. If the election is held today, it is clear that the APC will win by a landslide judging by visible and landmark achievements recorded by the President Buhari administration.”