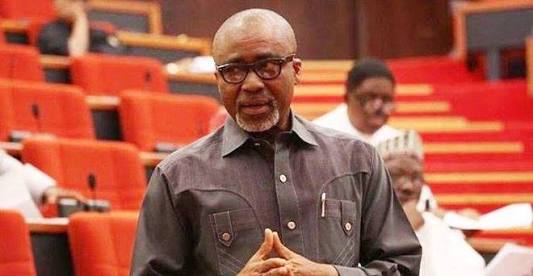 Senate committee leader on Power and steel, Eyinnaya Abaribe, Thursday, said the call by Presidency for Nigeria’s Senate to reconvene was “unnecessary” and a bid to blame the Senate.

Abaribe, while speaking on Channels TV’s Sunrise Daily, said INEC has since January sent its spending plan to the Presidency but was delayed until a week the lawmakers were to go on annual recess.

“INEC sent its own budget for the election in January to the presidency. From January to the point we were to leave in July nothing was done, the week before we left on Tuesday, the Presidency sent a letter asking us to look into the matter. what were they doing all these 7 months?”

This he said was “deliberately designed in order to blame other people or groups”.

The senator noted that “all this brouhaha was unnecessary” and there was no need to put pressure on them to resume to look into the INEC budget because necessary committees have to meet and approve the budget before the House sitting.

“What needs to be done and that was what was pointed out by the media aide of both the speaker and president of the Senate,” Abaribe said.

INEC on Wednesday presented the budget to the House of Representatives Committee on Electoral Matters and Political Parties Matters.

The committee, however, expressed concern over alleged discrepancies in the budget figures presented by President Muhammadu Buhari and chairman of INEC, Mahmood Yakubu.

Consequently, the committee led by Senator Suleiman Nazif declared it would hold a special meeting on Thursday to resolve the issue.