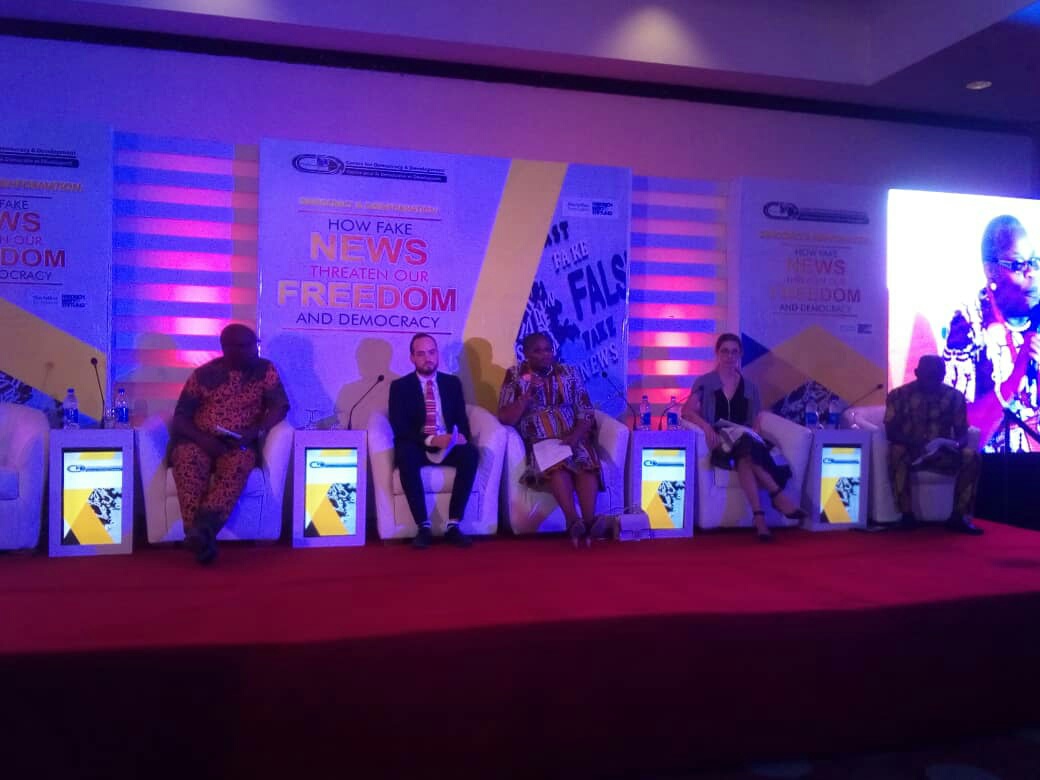 Centre For Democracy and Development in collaboration with MacAuthur Foundation and FEStiftung has held a 2-day Conference on how the rising trend of fake news can be curtailed in Nigeria ahead of the 2019 general elections.

The event which held between 7th and 8th August, 2018 in Abuja brought together experts, Independent National Electoral

Commission (INEC) Officials, government officials, civil society organisations, top players within the ICT sector with the theme “Democracy and Disinformation: How Fake News Threatens our Freedom and Democracy in Nigeria”.

Nigeria’s Minister of Information and Culture, Lai Mohammed, in his remarks while speaking at the Conference, stated that even though the word “fake news” is gradually becoming a global phenomenon in the recent times, Nigeria as a country must take proactive steps in tackling the trends particularly as 2019 elections draws near.

“As a people must we must be proactive in curbing fake news trends particularly for electioneering. Don’t spread any news unless you have confirmed it to be truth”. he said

Muhammad added that Fake news tend to pit one group against the other, religion against religion.

“Imagine fake news showing under aged kid voting in Kano, this has sparked tension” he said.

Former INEC chairman Prof. Attahiru Jega while speaking at the event stated that the media plays a huge part when it

comes to News there should be penalties for media house that disseminate Fake News.

“Considering the danger of fake news/hate speech in our society, stiffer punishment should be given to perpetrators” he remarked.

Prof. Okechukwu Ibeanu who represented the INEC Chairman at the event stated that political parties have

major roles to play in curbing fake news during the elections.

“There is need to stem the proflieration of greed and grudge on the part of political aspirants in order to tackle issues of Fake news during the elections in Nigeria”, he remarked.

Several panelists sessions were held at the 2 day conference and ended yesterday with numerous recommendations raised by the experts towards achieving a fake news free society come 2019 elections.