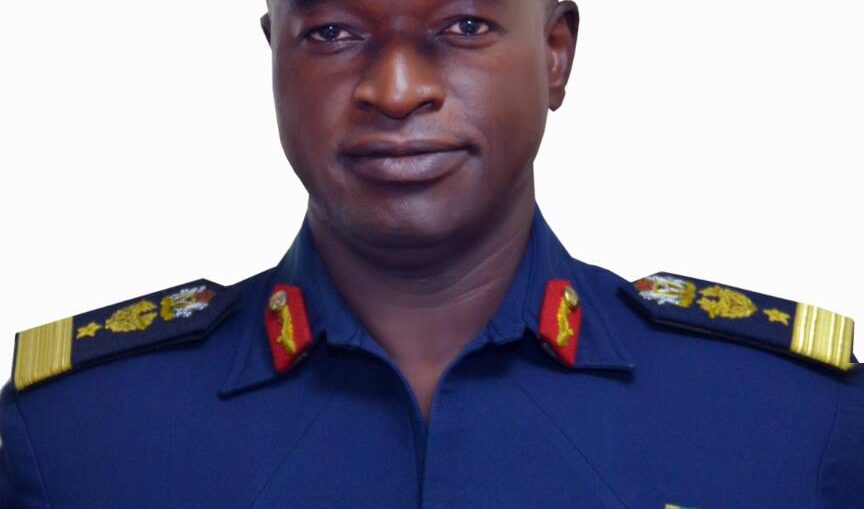 •As AVM Adesanya departs for diplomatic mission to Russia

The Nigerian Air Force (NAF) has appointed Air Commodore Ibikunle Daramola as the new spokesman to manage its public affairs activities with effect from August 1, 2018.

This was disclosed in a statement on Thursday by the Deputy Director Public Relations and Information (DDOPRI), Wing Commander Bassey Okon.

The new DOPRI took over from Air Vice Marshal (AVM) Olatokunbo Adesanya, who has been at the helms of Information management in the NAF since April 2017. AVM Adesanya will be departing the country shortly, following his appointment as Nigeria’s Defence Attache (DA) to Moscow, Russia.

Daramola was the Commander, 041 Communications Depot, Shasha, Lagos before his recent appointment. He is a member of the Nigerian Defence Academy (NDA) Regular Course 39 and was commissioned into the NAF as a Regular Combatant officer in September 1991.

The new NAF Spokesman holds a Master of Science Degree in Telecommunications Engineering from New Jersey Institute of Technology, Newark, New Jersey, United States of America and a Post Graduate Diploma in Telecommunications and Electronics Engineering from Obafemi Awolowo University, Ile-Ife. Daramola also holds a Bachelor of Science in Mathematics from NDA and a Certificate de Langue Francais from Alliance Francaise.

Since joining the NAF, the new DOPRI has attended many military as well as professional courses, some of which include Electronics Engineering Officers’ Basic Course at 320 Technical Training Group, now Air Force Institute of Technology (AFIT), Kaduna as well as Junior and Senior Staff Courses at the prestigious Armed Forces Command and Staff College (AFCSC), Jaji. He was also a participant at the National Defence Course, National Defence University in Islamabad, Pakistan. He has also participated in several short courses, seminars and workshops within and outside Nigeria.

The new NAF Spokesman has served in various units and Commands of the NAF. He was the Deputy Research Officer at the NAF Research & Development Centre and Chief Instructor Electronics Engineering Maintenance School at AFIT. Air Commodore Ibikunle Daramola was a Directing Staff, AFCSC, Jaji, Deputy Director Communications, Headquarters NAF (HQ NAF). He had a brief stint as the Deputy Director Plans, HQ NAF, Abuja.

He is happily married and blessed with children. At his leisure time, the new DOPRI loves reading and listening to gospel music.

Here is Adesanya’s parting message to the Defence Correspondents:

Good day, everyone. In the past 15 months or thereabouts, we have worked closely together in my task of keeping the general populace abreast of developments in the Nigerian Air Force (NAF) thereby projecting the good image of the Service to the General Public. My task coincided with yours as you equally had the job of reporting events in the NAF and other Sister Services to the public, in an unbiased manner. One thing is clear, you have all done your jobs well while still being very cooperative and supportive, as part of your contributions to national Development. I came in to your world, as an aircraft maintenance engineer, but you accepted me and worked well with me. I have never taken that for granted and neither do I take you for granted.

As I hereby formally announce my diplomatic appointment as Nigeria’s Defence Attaché to Moscow, with concurrent oversight of 15 other countries, I wish to seize the opportunity to appreciate you all for your invaluable support and more importantly, your friendship. It is to our collective credit that the activities of the NAF are now better known, to the benefit of tax-paying citizens. There is no doubt that Nigeria currently faces a number of security challenges. However, with your support to the Military, as Defence Correspondents, Nigeria will surely overcome.

It is popularly said that “We meet to part, and we part to meet again”. I do believe therefore that my imminent departure to Russia shall not signify an end to the relationship we have built in the past 15 months. The new DOPRI will be officially unveiled shortly.

Once again, please accept my appreciation and best regards, as always.