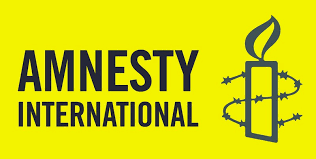 Thousands of people have been displaced by a conflict which began in 2012 as a result of clashes between farmers and herders.

“This is Nigeria’s forgotten conflict. The authorities’ failure to act has left villagers in Zamfara at the mercy of armed bandits, who have killed hundreds of people over the course of two bloody years,” said Osai Ojigho, Director of Amnesty International Nigeria.

“When we visited the region, villagers told us that they had pleaded with the government to help them after receiving warning letters from the bandits ahead of attacks but had received no protection. The Nigerian authorities have repeatedly claimed to be tackling the situation, but the mounting death toll tells a different story.”

On Friday 27 July, 18 villages in the Mashema, Kwashabawa and Birane districts of Zurmi local government area of Zamfara state were attacked, leaving at least 42 people dead. At least 18,000 residents of the affected villages who were displaced over the weekend are now taking refuge at various locations in the local government headquarters. The following day a further 15 people were kidnapped in Maradun local government area.

On Saturday 28 July, President Muhammadu Buhari announced the deployment of 1,000 troops to Zamfara. This is the third time since November 2017 that the authorities have deployed the military in response to attacks, but villagers told Amnesty International that this has not translated into protection for remote, vulnerable communities.

“Previous military interventions have failed to end the killings, especially in rural areas of Zamfara. At least 371 people have been killed in Zamfara in 2018 alone, and at least 238 of these killings took place after the deployment of the Nigerian air force. The government is still neglecting the most vulnerable communities in this region,” said Osai Ojigho.

Between Sunday 7 and Thursday 12 July, Amnesty International visited communities in five local government areas of Zamfara state – Zurmi, Maradun, Maru, Anka and Tsafe. Although security forces were present in the state capital Gusau, researchers saw soldiers and air force personnel in only two of the villages they visited, Birane and Bagega.

Villagers described feeling helpless and on edge, constantly bracing themselves for attacks. Men said they are sleeping outside their homes and in trees as a way of keeping vigilant, while women and children are sleeping together in groups for protection.

Villagers described a pattern where they receive warnings ahead of attacks, including by phone, ordering them to pay huge sums of money or be killed or abducted.

A villager from Gidan Goga said: “Before Ramadan, the bandits called with the same number they called me with two weeks ago and said if we didn’t pay them N500,000, they would come and kidnap me or the village head. Right now, we are living in fear.”

In several communities, villagers said they were afraid to venture more than a few kilometres into the bush, which is preventing them from farming. They would not take Amnesty International researchers to see attack sites for fear of meeting the bandits, highlighting the unrelenting threat of attack.

A village elder from Gidan Goga told Amnesty International: “We cannot go to farm far from our village. Two weeks ago, I got a call from one of the bandits, saying they are the ‘owners’ of the forest. He asked me to tell the village head to tell all villagers close to the forest to vacate the villages and come here, Gidan Goga. He said the only way they’d allow the villagers to continue staying was if they paid them five million Naira.”

In a village in Maru, villagers said the only time they see security forces is when they are escorting workers to the state governor’s farm.

“There’s no security here and we live in fear. We can’t go to farm because of fear, meaning it is difficult to feed our families. To go to farm, you need security. The governor’s farm is not too far from here and security forces go with his workers whenever they have to go there,” one man told Amnesty International.

He added that villagers would wait until the governors’ workers were being escorted and travel alongside, to take advantage of the security presence.

A senior police officer in Zamfara told Amnesty International that the police lacks the logistics and manpower to deal with the crisis in the state.

“The crisis in Zamfara is making life hell for villagers, yet it is clearly low down on the list of government priorities. These killings must stop immediately, and those suspected of criminal responsibility must be brought to justice in fair trials. The Nigerian authorities have a responsibility to protect the lives of everybody in the country, including people in poor and rural communities,” said Osai Ojigho.