Reckless violation of FOI Act: UBEC as an example 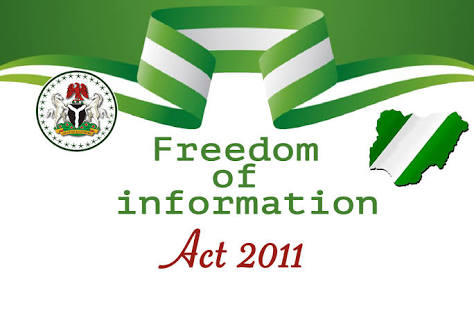 The enactment of Freedom of Information Act by the National Assembly of Nigeria under the administration of President Goodluck Jonathan on May 28, 2011 received considerable acclamation from Nigerians who thought at the time that a Law had eventually been enacted to enhance transparency and accountability in our public institutions.

At the time of passing this Bill into Law, Nigeria had experienced twelve years of uninterrupted democracy, yet public institutions in the country still operated as though they were a conglomerate of secret cults, where details of their activities must be in the exclusive knowledge of some nocturnal giants. It became of paramount importance that a path for transparency and accountability be paved to enable Nigerians, primary stakeholders in the Nigerian project, to be privy to the affairs of government in order to hold public officers accountable where the need so arises.

In any economy, freedom of information is a fundamental indicator of economic development and progress, civic engagement and a properly functioning democracy. Sadly, however, seven years after the enactment of Freedom of Information Act, it appears that no other Law has been subjected to more ridicule and utter humiliation than Freedom of Information Act. Daily refusal of access to public documents despite making such applications pursuant to the FOI Act have become pervasive. In fact, just like it is certain that the sun will rise at daybreak and disappear at dusk, so certain is it that an application made pursuant to the provisions of Freedom of Information Act will be denied, usually with stupendous impunity.

Indeed, Premium Times, an online newspaper in Nigeria, recently narrated its ordeal when it published an exclusive story detailing how the current Minister of Finance, Kemi Adeosun, forged her NYSC exemption certificate which she presently parades. The newspaper reported that it made an application pursuant to the provisions of the FOI Act after a letter requesting to verify the authenticity of the minister’s certificate had been ignored. Well, as one would expect in contemporary Nigeria, the story ended that the FOI application was also ignored, an act which places further emphasis on the arrogant conduct of public officials in Nigeria.

The story did not change when this writer made three applications to Universal Basic Education Commission (UBEC) in Abuja pursuant to the same Law. UBEC received these applications and firmly denied access to the requested documents, ostensibly to keep in perpetual concealment the monumental fraud involved in the documents it is hoarding, and thereby shielding the culprit(s) from possible prosecution.

A publisher named Melrose Books and Publishing Limited based in Ogun State had published a book authored by this writer titled HEROES OF THE NIGHT without my knowledge and consent. The publisher then entered into agreement with Universal Basic Education Commission (UBEC) to distribute mass copies of the book to secondary schools throughout Nigeria, a partnership which lasted for six full years before it was uncovered.

Confronted, the publisher denied publishing the book at any time even though copies of the book bear my name as its author. This denial became necessary that an application be made to Universal Basic Education Commission (UBEC) under Freedom of Information Act to provide all relevant documents which empowered it to distribute mass copies of the book. Universal Basic Education Commission, in blatant defiance of Freedom of Information Act, chose to hoard the requested documents despite being knowledgeable that the book under reference has become a subject of theft.

The fundamental problem is that public agencies/institutions in Nigeria such as Universal Basic Education and numerous others are imbued with the audacity of flaunting extant laws because they rely on the numerous deformities in the judicial system to cover their backs. Although Nigeria stands on the threshold of two uninterrupted decades of democracy, true democracy which must involve active citizen participation remains elusive. It must be said also that hoarding public records by those whose renumeration are paid with taxpayers’ money is an unforgivable affront and a deliberate way of fortifying corruption in our public space.

Section 1(1) of Freedom of Information Act, 2011 which summarily captures the essential foundation of the Act, provides as follows:

‘Notwithstanding anything contained in any other Act, law or regulation, the right of any person to access or request information, whether or not contained in any written form, which is in the custody or possession of any public official, agency or institution howsoever described, is established.’

Whilst section 7(5) has this to say on wrongful denial:

‘Where a case of wrongful denial of access is established, the defaulting officer or institution commits an offence and is liable on conviction to a fine of N500,000.’

Section 10 of the Act provides as follows:

‘It is a criminal offence punishable on conviction by the Court with a minimum of 1 year imprisonment for any officer or head of any government or public institution to which this Act applies to willfully destroy any records kept in his custody or attempt to doctor or otherwise alter same before they are released to any person, entity or community applying for it.’

In spite of these provisions, no public officer or institution has been made to dance under the rain for doing the contrary.

The continuous violation of the FOI Act by public institutions such as UBEC and others who ought to be bound by its provisions, is an act which our courts must confront with ferocious aggression. The court as the temple of justice and custodian of our laws must treat such reckless violations in a manner that would serve as a deterrent to other potential violators. Nigeria is at present the world’s capital of poverty, we cannot allow it to become the world’s capital of lawlessness.

28 thought on “Reckless violation of FOI Act: UBEC as an example”