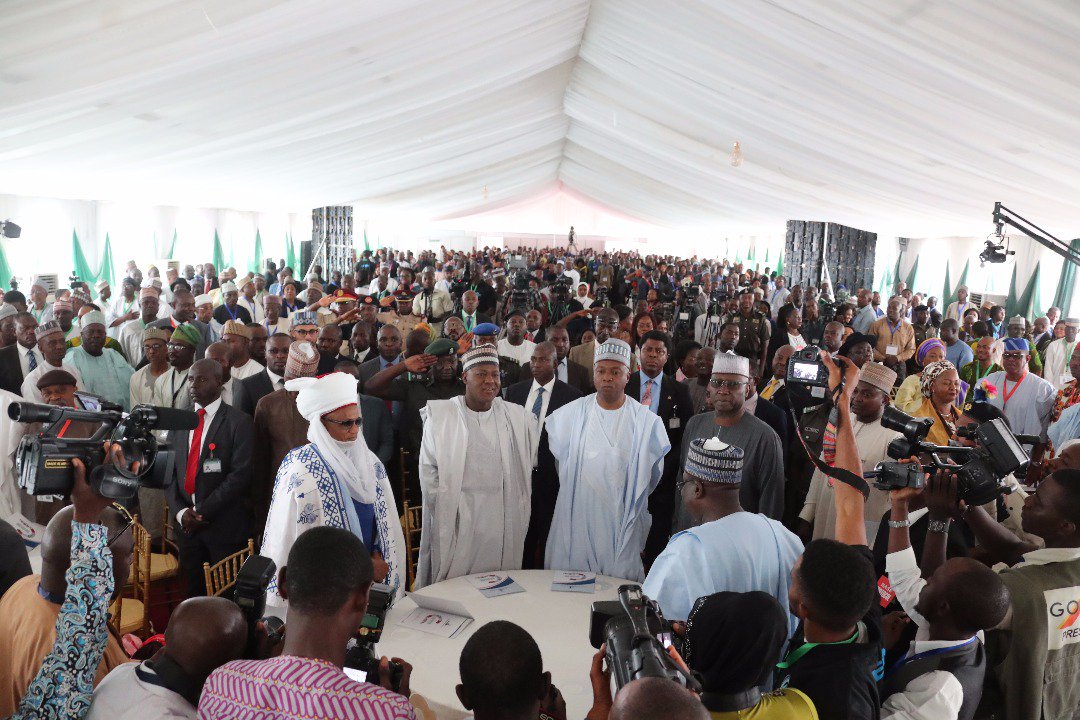 The Nigerian Senate has kicked off First National Assembly (NASS) Open Week 2018 yesterday, 16th July, in Abuja. NASS Open week is a 4 day event  which aims at promoting public knowledge and understanding of the workings of the legislature and create an opportunity for interaction between legislators and key stakeholders.

The event which is being facilitated by the National Institute for Legislative and Democratic Studies (NILDS) has created one viable platform for genuine and productive interaction amongst different stakeholders from the Executive, Judiciary, Traditional Rulers, State Assemblies, Students and Organized Private Sectors, youth groups, Civil Society as well as related bodies in decision making processes in Nigeria.

Speaking at the event, Nigeria Senate President, Bukola Saraki stated that the Senate NASS Open Week is expected to enhance the relationships between the elected representatives and their constituencies by grasping the clearer perspective of their work as

“We are working for Nigerians and by this Open Week, we are opening up even wider avenues for the people to get a better understanding of what we do, and to engage with us and make their views known, so we can serve them better.” he said.

Saraki added that it is the duties of the lawmakers to ensure that Nigerians are carried along in the law-making process.

“It is our mandate to drive public policy that will improve the well-being of Nigerians” he affirmed.

The Honourable Speaker of House of Representative, Yakubu Dogara, who also gave a brilliant speech at the event stated that the open week will provide and opportunity for lawmakers to interact with the people closely to Foster a better understanding.

“Since staying in touch with our constituents will allow us to track the performance of these policies, &this feedback can be used to fine-tune or amend these policies” he said.

During the interactive session with the Executives, Honourable Minister of Budget and National Planing, Udoma Udo Udoma, gave shared a brilliant presentation of the success stories and other several positive impacts that have been recorded by the Ministry through the Economic Recovery and Growth Plan (ERGP) Initiative launched in early 2017.

In his words “ERGP was adopted after extensive consultations with stakeholders including national assembly and private sector and the states, which has led to increased budgetary allocations to priority sector”

Udoma added that with the launching of ERGP, there have been increased and significant improvements in Nigeria’s Trade Balance and in the real sectors of the economy.

Amb. Sunday Okereke of NILDS stated that such a platform as NASS Open week would help bridge the communication gap between the governed and governments which what Nigeria needs at a time of transitioning like this.

take advantage of this opportunity to have better understanding of what lawmakers do and how they contribute to our overall decision making processes as a nation.” said Sunday