Villagers Attack the last Hippopotamus in a river in Niger State! 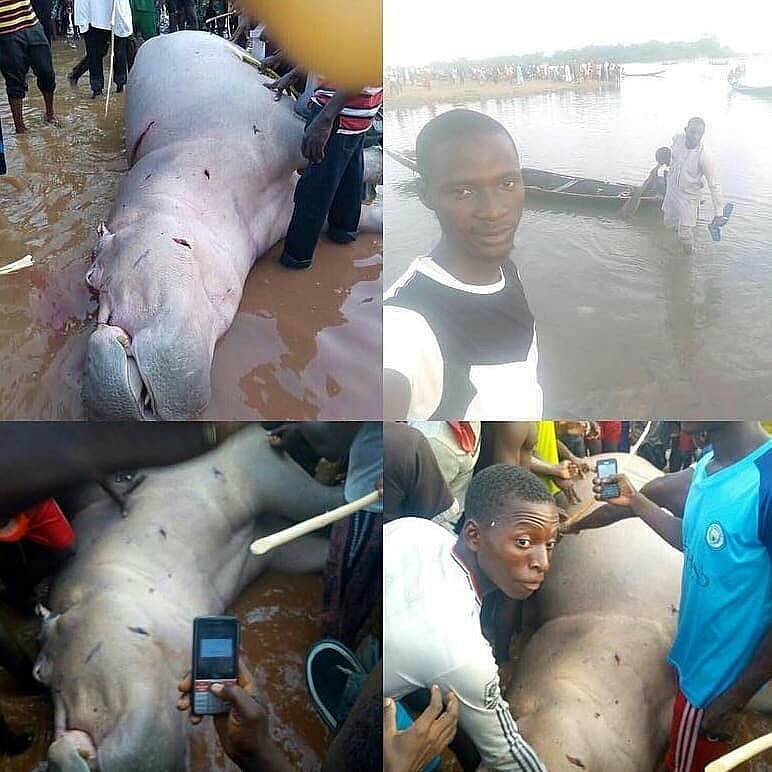 An eye witness has narrated how the whole villagers in Niger State attacked a poor hippopotamus with all the weapons you could think of in the world, before it gave up the ghost. This reason for this attack is yet unclear.

According to the eye witness, he said the villagers believed that the presence of the Hippopotamus in their river would pose a lot of danger to the people living in the community hence it got killed.

Such barbaric acts of animal cruelty is the reason to intensify grassroot sensitisation on the need to desist from animal cruelty and learn to protect, preserve and conserve these endangered species so as to conserve biodiversity in every community in Nigeria.

Killing of these animals would never make our environment better than it was. It would only make it worse. Ecology has been programmed to harbour and accommodate all living things in order to add value to one another and their immediate habitat.

Already these animals have all gone extinct. So I wonder what will be left behind for the next generation if we slaughter them all. 😡

Note: We are all sharing this planet earth together thus, they (Animals) equally have the rights to life just like every other human.

[author ]Oladotun Fadeyiye is a social justice and development advocate. He has led several campaigns on environmental sustainability in Nigeria. [/author]

35 thought on “Villagers Attack the last Hippopotamus in a river in Niger State!”