Algeria and Iraq shut down #internet to prevent exam cheating 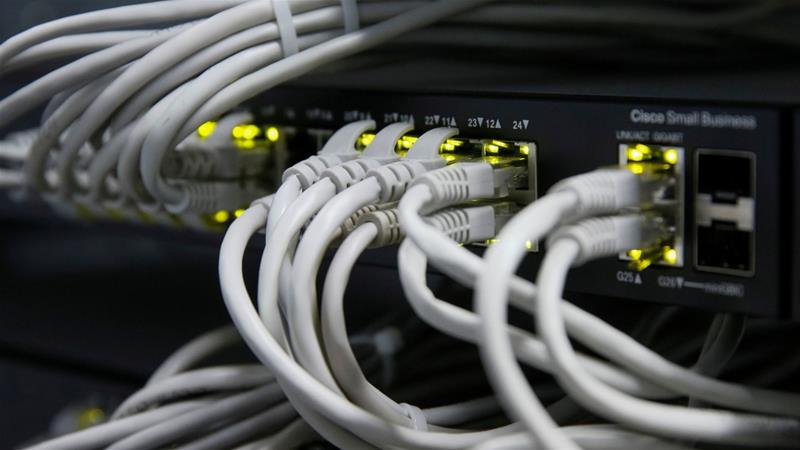 The Algerian government has ordered telecom companies to shut down the internet in the country for several hours every day for the next few days to prevent high school students from cheating.

Facebook will be blocked completely during the five days the exams take place.

The decision was made in an attempt to prevent what happened in 2016, when the exam questions leaked online before the exams took place.

According to Algerie Telecom, access will be cut off for mobile and landline connections for about two hours every morning until 25 June.

The shutdown was confirmed by the Internet Intelligence project from internet company Oracle, which monitors web access across the globe.

In 2016, the questions for the Algerian high school exams leaked before students took the exam, prompting the government to request internet service providers to limit access to social media in 2017.

However, not happy with those results, the government decided this year to shut down the internet entirely to prevent another leak.

Iraq will implement similar measures for the next two weeks while exams take place in the country.

This is following earlier shutdowns from 27 May until 13 June, during which exams were being held as well.

SMEX, a Beirut-based organisation promoting an open internet in the Arab world, said there is no data suggesting these types of precautions work.

“Governments take these measures and suggest that ‘widespread cheating’ or some variation of that phrase has occurred in the previous year, but they never provide data and they never mention how effective these internet shutdowns were,” SMEX’s Grant Baker told Al Jazeera.

More often, governments are resorting to shutting down the internet to prevent cheating during exams.

In recent years, India, Iraq, Syria and Ethiopia have all disconnected their populations from the internet in an attempt to stop exam fraud.

Free speech advocates and rights organisation have condemned these measures, saying the shutdowns amount to censorship of the population, crippling the economy.

SMEX provided Al Jazeera with some personal accounts of people who have had to deal with the current shutdowns.

“As a result of the government’s Internet shutdown during exams, I lost a job opportunity with an international company because I missed the Skype interview,” an Algerian marketer told SMEX.

Another account was given by an Iraq account, who said he sits around the office doing nothing during the shutdowns.

“Students will find other ways to cheat while our work gets damaged and we lose time,” the accountant told SMEX.

Cost to the economy

“Disruptions around school exams are a unique issue. They impact many different groups, such as students, teachers, parents, proctors, internet service providers, telecommunications companies, internet companies, testing services, and education agencies, and it’s clear that most of them would prefer an alternative to an internet blackout,” a 2017 statement by the group said.

Several countries, including India, Ethiopia, and Mauritania have all shut down access to the internet to prevent cheating on exams.

Turning off the internet partially or completely has become a way for governments to silence criticism as well.

In Iran, the internet was shut down during the 2017 protests.

Syria, embroiled in a civil war, has shut down the internet repeatedly.

Cameroon shut down internet access in its anglophone regions to prevent the population from organising during protests.

Shutdowns not only affect free speech, but also have a huge effect on economies.

According to Bahrain Watch, an organisation researching the Gulf state, daily shutdowns in 2016 cost the country at least $265,000.

An estimate by the Brookings Institutesaid that the shutdowns cost the global economy about $200bn in two years from 2015 to 2016.

“It is safe to say that these shutdowns have a negative effect on the economy and in the event of a disaster, they could have an extremely negative effect as well,” Baker told Al Jazeera.