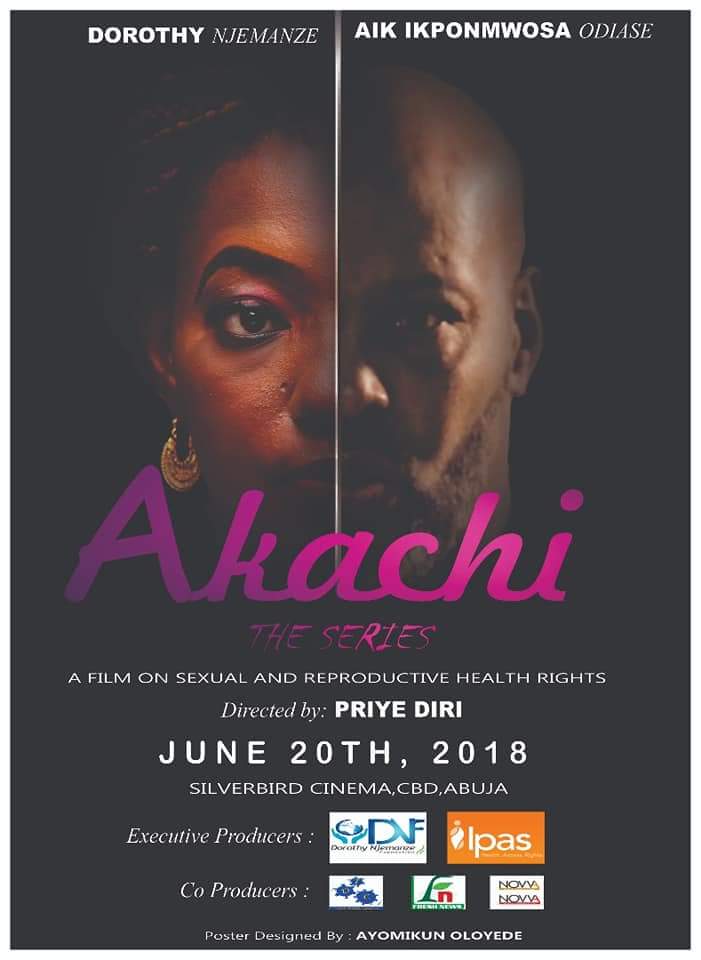 Akachi the Series, a new release drama series that seeks to address several misconceptions and myths around sexual and reproductive health and rights by the Dorothy Njemanze Foundation in conjunction with IPAS Nigeria has been officially screened for the general public in Abuja today, 20th June.

The screening which took place at the Silverbird Cinema Abuja had huge turn-out of dignitaries both from public and private organisations, celebrities and massive media presence.

Speaking at the event, the Producer of “Akachi the series”, Dorothy Njemanze who also played the lead role of Akachi in the drama series stated that the series is based on true life events which have been artistically put together in motion pictures so as to enlighten the general public most especially those in the grassroots on the importance of sexual reproductive health and rights.

“In the last five years there have been rise in the cases of domestic abuses in marriages, slut shaming, pedophilia, early marriage, rape, teenage pregnancy amongst others in Nigeria, which are often perceived and considered to be silent about in Africa.

“This has made lots of women to die in silence.”

“It has become imperative we enlighten and guide most women and men alike on how these issues can be handled”. She said.

#AkachitheSeries is full of intrigue and educative episodes.

Photos are the Premiere [author ]Written by Oladotun Fadeyiye. He is a development advocate and activist [/author]