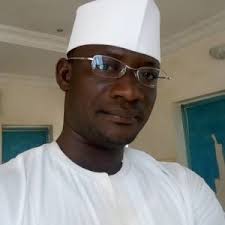 Paradigm Initiative and Enough is Enough (EiE) Nigeria have condemned in strong terms the suspension of Baba Mohammed Wanigi, a school teacher with the Agaie Local Government in Niger State, in reaction to Wanigi’s alleged criticism of government officials including President Muhammad Buhari. The two civil society organisations made this known in a jointly signed press statement released today.

According to Tope Ogundipe, Paradigm Initiative Director of Programs, “The Local Education Authority of the Agaie Local Government Council, Niger state, Nigeria issued a suspension letter to one of its employees, Baba Mohammed Wanigi, a teacher in service of the Niger State government. According to the letter, the suspension was based on the teacher’s ‘active participation in politics and hate speech especially on the social media’. This is all because Mr Wanigi exercised his freedom of speech in criticising government and government officials on social media.”

“It is obvious that this act by the LEA is not only morally reprehensible but patently unconstitutional. The Constitution of the Federal Republic of Nigeria in Section 39 provides that every person shall be entitled to freedom of expression, including freedom to hold opinions and to receive and impart ideas and information without interference. This is a most basic right for citizens in a democracy,” Ogundipe said.

Every Nigerian is a key stakeholder in matters concerning Nigeria and no group or body may constitute itself as an authority to preclude its members from ‘Active participation in politics’. It makes no sense whatsoever, neither does it matter that a meeting was held with the 169 Head Teachers of Agaie Local Government Education Authority to decide against active participation in politics. The Local Government Education Authority does not have the authority to overrule the constitution or limit constitutionally-guaranteed rights. Also speaking on the matter, Adeolu Adekola, Program Manager of EiE Nigeria said, “As Nigeria moves towards the 2019 elections, we are concerned about politicians using this excuse and guise of hate speech to repress citizens and the opposition. Several attempts to control free speech especially on social media has been resisted and will continue to be challenged”.

“We recall the Frivolous Petition bill (Prohibition, etc) Bill 2015 sponsored by Senator Bala Ibn Na’Allah had a clause that sought to regulate the use of social media and short message service (SMS) in the country. This was resisted and in May 2016, the bill was withdrawn and thrown out. Also, section 24 of the Cybercrime Act, 2015 has loopholes that are being exploited to repress freedom of expression over the Nigerian cyberspace and civil liberties,” Adeolu said. EiE Nigeria, Paradigm Initiative and Media Rights Agenda (MRA) are in court to challenge section 24 of the act.

We therefore call on the Local Government to retract the suspension letter and decision and reinstate unconditionally Baba Mohammed Wanigi back into service. We also demand that an apology should be made to him for the gross infringement of his fundamental right to freedom of expression.