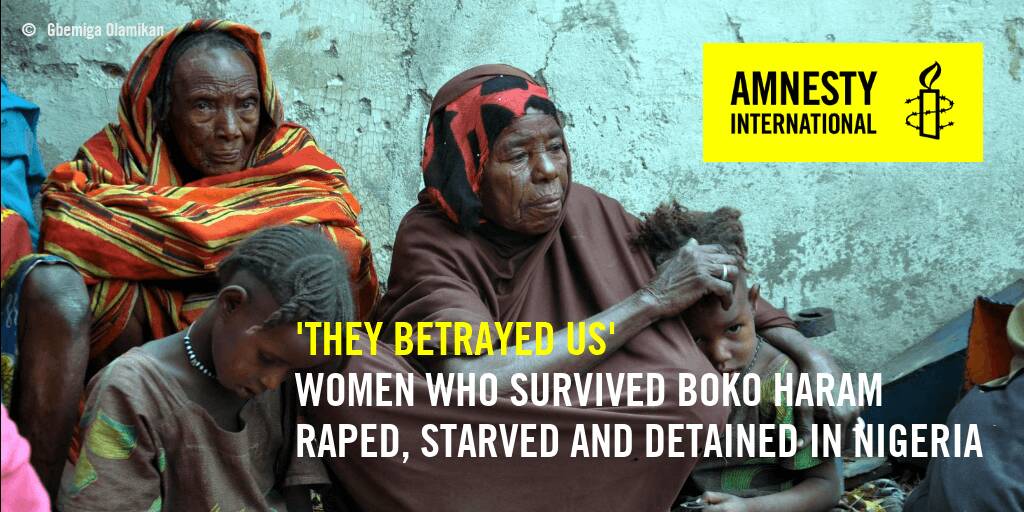 Thousands of women and girls have survived Boko Haram only to face attacks and abuse from the Nigerian security forces who claim to be rescuing them.

Over the past few years, the Nigerian military has carried out intensive operations to re-capture territory that had come under the control of the armed group Boko Haram. But, instead of “freeing” hundreds of thousands of people who had been trapped in these areas, survivors have faced only more violence and abuse.

Women have been forced into camps and many have been raped – often in exchange for food. Thousands have died of starvation. Some women find themselves more at risk of abuse because their husbands have been taken away; they were automatically suspected of being Boko Haram fighters because they were men of a certain age.

But a group of displaced women called the Knifar Movement are campaigning for justice and for their husbands to be released. The group of around 1,300 members have collected a list of names of almost 800 people from their villages who died from hunger and sickness in displacement, and have reported sexual violence involving the military and the civilian militias in the camp. The group submitted detailed testimony to a Presidential Investigative Panel about the violations that they faced but the report is yet to be released.

If we can pressure the president to release the report, we will have taken a huge step towards justice. With enough pressure, we can make this happen together. Join us and call for the release of the report now.

Sign the petition and demand justice for survivors of attacks and abuse by Boko Haram and the Nigerian authorities. Here